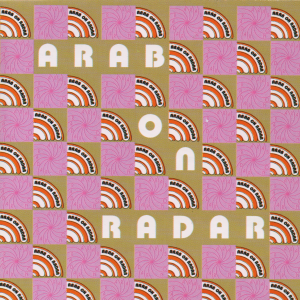 Once again Three One G got them selves mixed up w/ those disturbed and distraught human beings from Providence, RI: ARAB ON RADAR. What did they come up with? One compact Disc including the first two full-length records ARAB ON RADAR ever created. Queen Hygiene II was originally released in the summer of 1997 by Heparin Records. Rough Day at the Orifice was originally released in February 1999 by Op Pop Pop records, and was recorded by the fabulous Weasel Walter. Band members moved on to participating in such acts as Chinese Stars, Made in Mexico and Athletic Automaton.