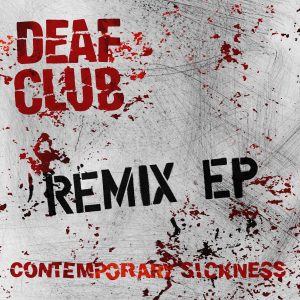 The Contemporary Sickness Remix EP will be released digitally as well as on a limited edition of 200, neon green cassette through Three One G Records and Sweatband Records. Vinyl/cover art by Jesse Draxler (who has done artwork for Nine Inch Nails, Daughters, The New York Times, Dita Eyewear, and MCQ Alexander McQueen, among others).