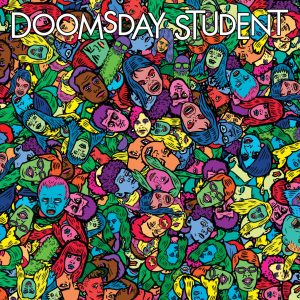 Doomsday Student’s third album, A Self Help Tragedy, presents like an exorcism, or perhaps a nervous breakdown. As is the band’s specialty, it’s full of anxiety-inducing guitar wails, curiously plucked patterns and rhythms, and lyrics that read as personal anecdotes and/or confessions. Listening to tracks such as “Fight and Flight” is like being let in on vague, dirty secrets, decidedly taciturn even in their often blunt forthrightness: “We are as poisonous as our blood… We are as polluted as our breath.” Doomsday Student’s ability to be both aggressive and casual in its depravity lends itself to an album that comes across as playfully worrisome in sound, as affably ominous as its title.