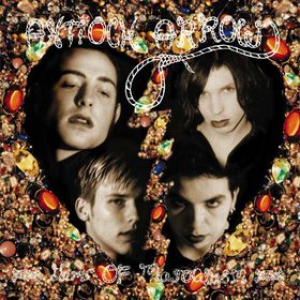 This is the re-issue of the third and final album by one of San Diego’s most eminent, fundamental bands ever, Antioch Arrow. Previous to this album (recorded in 1994), Antioch Arrow released albums on San Diego’s Gravity Records. On this departure from the mundane punk and hardcore sound, the band has shown that it was way ahead of its time. Myra Powers (ex-SLANT 6) is featured on this album as an added bonus. Members of Antioch arrow have ties to such bands as Heroin, Get Hustle, Holy Molar, and Final Conflict. For this re-issue the LP cover was made to be a gatefold with all of the original artwork.