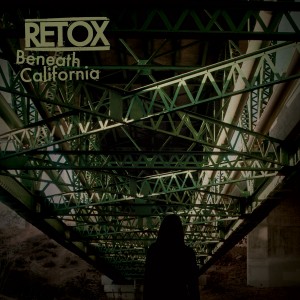 The world is falling apart one day at a time, and the majority of us sit and watch as if attending a public hanging—more and more, our interest is piqued by the appalling, while our thoughts and reactions remain largely absent. When stripped of the bloated, festering egos that so many cling to in order to feel important, we are nothing more than ugly animals. In a society that is predominantly dormant, Retox brings this reality to the forefront in a forward-thinking way, commanding our ever-rapidly-decreasing attention spans and determined to provoke some kind of visceral response, good or bad.

Currently consisting of Justin Pearson (The Locust, Head Wound City, All Leather, Swing Kids), Michael Crain (Festival of Dead Deer, Kill the Capulets), Brian Evans, and Keith Hendriksen (Kill the Capulets, Virginia Reed), Retox is marked by a speed and sound that seeks to shatter apathy. Since their conception in 2011, they have toured with similarly like-minded acts such as Melt-Banana, Tomahawk, OFF!, The Dillinger Escape Plan, and Doomsday Student, physically bringing every bit as much intensity as the music itself incites intellectually.

Coming off of their sophomore album, “YPLL” (Years of Potential Life Lost), Retox have emerged from the collective depths of San Diego and Los Angeles with their latest antagonistic efforts, entitled “Beneath California”. Varying styles and sonically experimenting, melding the raw with the refined, the band continuously teases yet never settles on any one genre– aside from perhaps (as members of the band itself have referred to their work) “annoying”. Tracks such as “Death Will Change Your Life” spit cynical lyrics drenched in rapid-fire rhythm: “All those who have died before me, forgot trustees, cleaned streets with parolees/They dragged everything into the sea, the filth and the debris, and hoped none would see.”

Overall, Retox simultaneously seems to reflect and defy, using music as a way of holding a broken mirror to the rest of us, exposing different pieces of our own fucked up realities, and forcing the acknowledgement of the inevitable self-imposed apocalypse we are creating for ourselves.