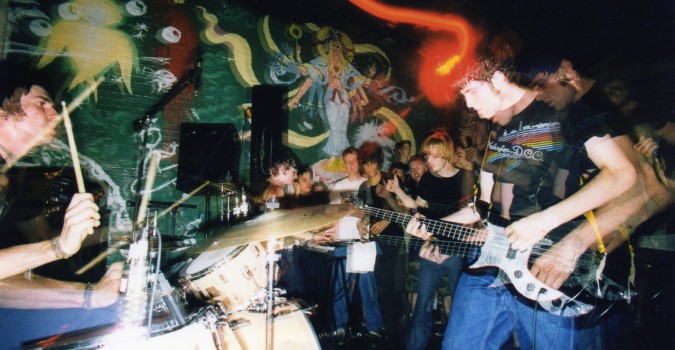 Black Cat #13 formed in 1998 in Toronto, Canada. The band, though not active for long, was a force to be reckoned with, marrying fast-paced punk rock and foreboding electro synth to create energetic, inventive tracks. The group consisted of Jesse F. Keeler on drums as well as in charge of the electronics, Robin Young playing keyboards, Mark McLean on bass, and Lindsey Gillard as vocalist. In the world of hardcore and punk music in which female lead vocalists seem somewhat underrepresented, Gillard owns the role, clearly establishing her presence with distorted shouts and solid pace. Young and Keeler’s keyboarding and electronics bring a lot of creativity to the overall sound, in addition to Keeler’s drumming and McLean’s bass playing which maintain Black Cat’s hard, intense tone. Despite creating music that commanded attention and oozed individuality, perhaps the unlucky name was an omen of things to come in that after a relatively short two year span, the band broke up in 2000.
“I Blast Off!”, released by Three One G Records on limited edition color vinyl, was the second record by the band in a string of EPs and singles, all found on different labels. It has a total of four songs, one of which is a cover of San Diego hardcore band Struggle’s “War #1” as well as three original tracks. The title track of the EP, “I Blast Off!” immediately captivates the listener with sheer punk force combined with what one might imagine it would sound like if dour robots were carrying out the demise of Earth, lasers ablaze. Somewhat ambiguous but clearly foreboding lyrics like, “It’s coming, we’re alone/ let’s wash, we grind the walls/ you drag me up and down stairs” leave the listener both curious and captivated.
Both during and after the creation of Black Cat #13, band members formed and worked with numerous other bands, some of which went on to achieve great notoriety. Femme Fatale was formed prior to the disbandment of Black Cat #13 and involved Keeler and Young. McLean and Gillard both went on to join The Sick Lipstick. Keeler also would eventually form the dance-punk, defunct and since resurrected Death From Above 1979 (which gained a very devoted following over the years), as well as become half of the well-known duo MSTRKRFT, of which the electronics he infused in Black Cat #13 lose their harder edge and take the front seat in favor of more dance-fueled music. 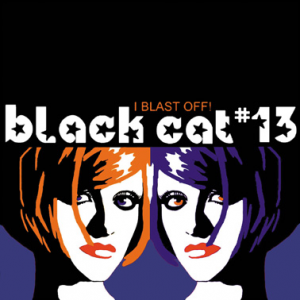