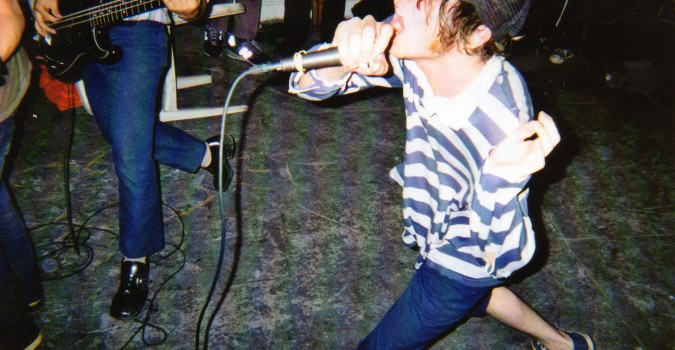 Black Dice formed during the spring of 1997 in Providence, Rhode Island. At the time, Bjorn Copeland (guitar), Hisham Bharoocha (drums), and Sebastian Blanck (bass) were students at the Rhode Island School of Design while Eric Copeland (vocals) was still attending high school in Maine. Early shows seldom lasted more than fifteen minutes and were characterized by violent performances where injuries were often sustained by the band and audience alike. Live sets mixed structured songs with improvised sound manipulation, and shows differed from night to night.
In the summer of 1998 the band relocated to NYC where Eric was going to college. At an early New York performance the band met current member Aaron Warren who had recently moved from Los Angeles to attend NYU. In the spring of 1999 Sebastian left the band and Aaron joined the group.
It was around that time that the emphasis shifted from conventional song structures to more open-ended sonic investigations. Shows of this era maintained an equally physical presence through the use of high volume levels and an extreme range of frequencies, and violent performance became less frequent. The music bore more resemblance to crude first generation industrial music or contemporary power electronics than straight noise or hardcore.
By the fall of 2001 live shows had grown in length to almost five or six times of the earlier sets, with the occasional song reaching 45 minutes. An emphasis on signal processing provided a broader sonic palette. While volume and physical presence of sound remained crucial, melody and repetition became key compositional elements. In spring of 2004, the band parted ways with longtime drummer and friend Hisham Bharoocha. Though a trying transition, the band continued writing, recording and touring as a three-piece. Metamorphosed once again, Black Dice emerged as a tight compositional unit, with little emphasis remaining on improvisation or long-form songs. A near-pop sensibility was embraced, with shorter and catchier tunes.
Visual art has been a key counterpart to the music, with all record-sleeve design made by band members. Artists Ara Peterson and Danny Perez have made videos for songs, and Mr. Perez has contributed a live video mix to the band’s live set since fall of 2005. Recent releases include limited edition posters, and in summer 2005, the group released its first non-music object; a 128-page book of collage art made in collaboration with photographer Jason Frank Rothenberg. In 2007, the band made their first video with “Kokomo”, a visual mash up of images culled from television and the internet.
The band has toured America and Europe dozens of times, and has visited Japan twice. In 2005, the trio recorded an album in Byron Bay, Australia following a tour. In 2006, the band played in Brazil and a live set was captured on national television in Lima, Peru. Virtually any and every type of venue has served as the backdrop for Black Dice shows; from basements and warehouses to art galleries and museums, from house shows to gigantic outdoor festivals or formal seated theaters. Placing the music in a context contrary to the average show remains a compelling inspiration for unique performances. 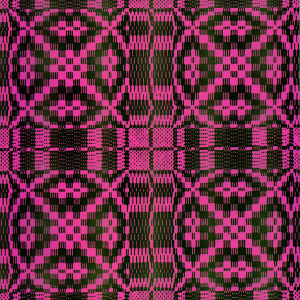