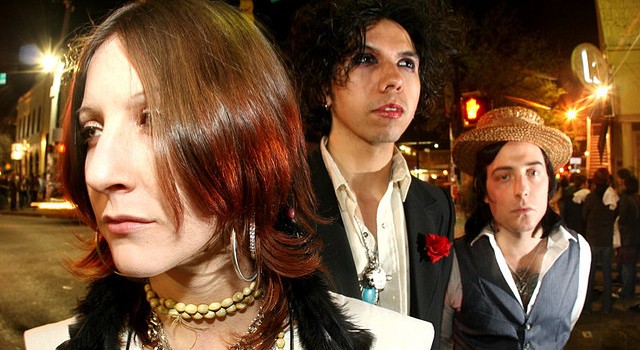 “To those who are unfamiliar with the Get Hustle,

The first time I saw the Get Hustle was in the French Quarter, New Orleans, which was no accident. I was homesick and drifting around outside this petite theater down on Bourbon Street, in a haze, and all of a sudden I heard a reverberation that was so strange coming from the stage inside. I went in to witness the Get Hustle and they stole my heart. It was the most erotic and magnetic sound. At the same time it was deeply spiritual and connected like angels flying across the desert right into your soul, saving you and enslaving you. I was listening to a lot of Sun Ra, Amon Duul II, The Birthday Party, Leadbelly, and David Bowie at the time and it seems logical that whatever this sound was would be in complete agreement with my tastes at the time. It was truly a thrilling psychic event and there have been many with the Get Hustle since.

Get Hustle will put you on your knees, turn you over and turn you out. It is crime! I was taken; Mac Mann is a gentleman who plays the electric piano making sounds that roll down octaves, scary, meaningful unfolding chapters of emotional plot sung to you like a hymn by Valentine Lovecraft Falcon, an angel, all the time the beat so primal, so bloodthirsty is pounding in every direction never repeating but maintaining the spell by Maxamillion Avila. I have been a child ever since and they take care of me as such. Listen to their song “Revolution Van” and you will understand what I mean.

Whenever the weary old life and the weary old music seems to be hopeless there comes along an album so powerful and prosperous like the Get Hustle’s newest “Rollin in the Ruins” on Three One G. The Get Hustle has been in existence for 9 years and has consistently made albums that amaze. Records including the “I’ve Got A Gun and I’m Excited” 7″ and “Now We’re all Gone” 12″ EP, both on GSL, the “Earth Odyssey” LP on 5RC/Kill Rock Stars, the Gravity single “Who Do You Love/ Mad Power” 7″, and their Three One G debut 12″ EP, “Dream Eagle” there was a shift to pure creative genius with “Live at the Little Fawn” a tour CD put out by the band themselves. The newest is another album in that realm, even more brilliant “Rollin’ in the Ruins” is a sacrifice for you friends, take the rose, thank Three One G for putting out such an amazing release. Listen to the song “Don Quixote and Me”, I can’t give musical references, but this song will say more about this record than a million words. “Rollin’ in the Ruins” is so intense, so explicit, and so ahead of its time, a miraculous continuance of the chronicle that is Get Hustle.” 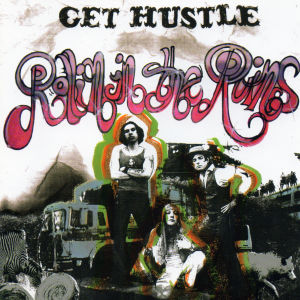 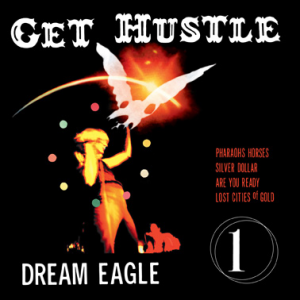