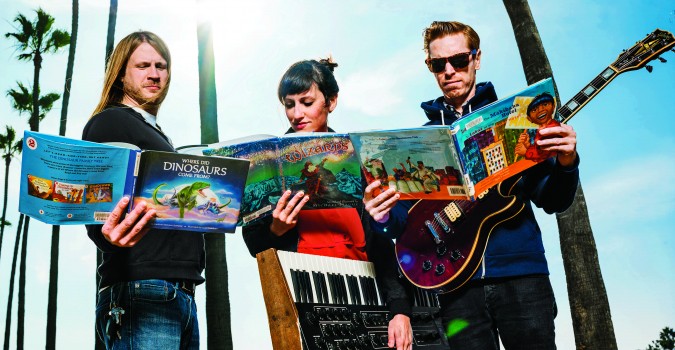 It’s simple really. Insert a big word here to describe two people falling in love and you’ll get the beginnings of Hot Nerds (Das Four Eyez Kult).  In the fall of 2010 Alia Jyawook (Bitter Sober, Vaginals) and Nathan Joyner (Secret Fun Club, Some Girls, All Leather, Leg Lifters) met, and immediately started playing music together.  Alia tickled the electronic ivories while Nathan fumbled his way around an old drum kit that Alia had rescued from a trash heap, and yelped at the top of his lungs, “I Don’t Wanna Go…..”.    That was that.  The beginning of something very beautiful and exciting for the young couple.  So they did what any newly weds would do.  They loaded up their hatchback and began playing shows in and around San Diego County.  Quickly becoming the headlines of water cooler gossip around the tiny music scene they had submerged themselves in.

SPLAT! Run over by an Oldsmobile while crossing the street on foot, Nathan was pronounced dead at the scene, only one day away from his 2 year anniversary of being in a relationship with Alia.   Police reports indicate that Nathan let out a gasp while being transported from the scene of the accident to the hospital, giving paramedics an indication that he was not deceased.  He fought for his life, literally for the next few months.  His friends and family were left wondering if he would ever walk again or if he would end up becoming mentally disabled.  Once again he proved the white coats wrong.  Nathan pulled through with new metal parts replacing some of the bones in his body.

Unable to resume playing the drums, Nathan and Alia decided to make the best move Hot Nerds could of possibly made.  They enlisted Alia’s childhood friend, Thomas F. O’connell (Idols Plague) to take over the drumming duties.  Nathan returned to playing his favorite instrument, guitar.  Now they were cooking with napalm!  Tommy’s drumming added so much more to the bands back bone.  Playing faster with more precision all the while keeping the dance party guessing what will happen next.  Nathan’s guitar, sounding more like a synthesizer, mixed with Alia’s bass synth like PB & J.  They were now a fully formed band, using real instruments to make their version of REALLY loud dance music.  Easily setting themselves apart in a heavily saturated genre of music.

The trio offer up a new brand of dance music to shake a tail feather to, cut up a shag rug, or even “twerkulate” if you feel so inclined to do so.  Their live show will leave you wanting more as they blast through two and a half minute songs that are reminiscent of attention deficit disorder symptoms.  They seem to have taken the “DAFT PUNK” song, “Harder, Better, Faster, Stronger” as a literal challenge, achieving all of those adjectives with their music.  It’s obvious that nothing can stop these three nerds, damn hot ones at that too! 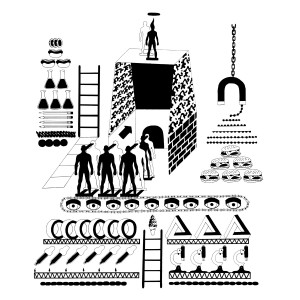 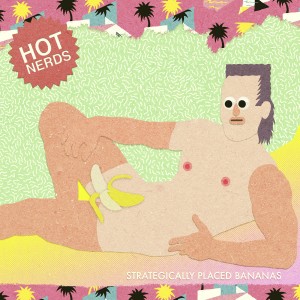 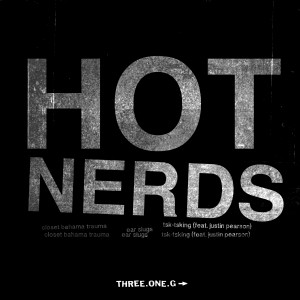