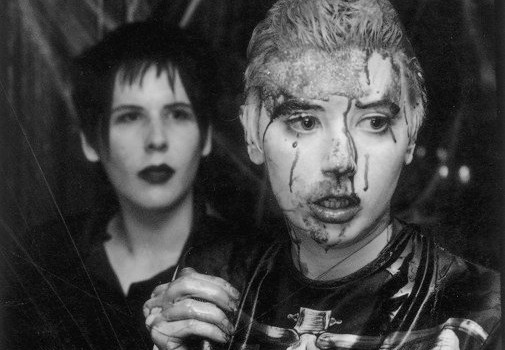 Before Love Life or Celebration came Jaks, a blood-drenched musical manifestation of darkness, tragedy and horror—the apparitions under your bed and skeletons in your closet from when you were a child, “all grown up” in the form of vicious, experimental punk fused with gothic elements. The band started when members were in their late teens in the early 90’s, searching for a way to break from “the illusions that our parents and our culture had created”.

Jaks consisted of Katrina Ford, Sean Antanaitis, Jessica Ruffins, and Shawn Gates. Much like Lindsay Gillard of Black Cat #13, Valentine Falcon of The Get Hustle, Yasuko Onuki of Melt Banana, or any other of the many creative frontwomen who are represented by or have collaborated with Three One G over the years, Katrina is an aggressive and powerful force that shatters any bullshit misconceptions the uninformed and ignorant may have of what it means to be a female vocalist (or a vocalist, period). There is no delicacy or fragility here—Ford produces visceral howls, murderous screams, and fierce shrieks that act as the driving force of the group’s savage sound. This style is extended through Antanaitis’ guitar playing, which is often high-pitched, volatile, and manic, creating a sense of suspense and eeriness that fits well with the band’s horror theme. Alongside these abrasive elements are steady, dark, deep bass lines and aggressive, rolling drums with complicated rhythms.

Looking back, Ford describes the music as, “[tough] but upbeat. Punk roots mostly… but with more complex time signatures” and considers it “my cathartic break from my poisonous childhood”. Though the band has long since been put to rest, Three One G resurrected the band’s discography in the form of “Here Lies the Body of Jaks”, which combines all of their recordings into one disc, including 7”s “Damn Bloodsucker” and “Five-Nine”, as well as “Hollywood Blood Capsules”. Fans of music like The Birthday Party, gothic-hardcore comrades Antioch Arrow, or subsequent groups Love Life and Celebration definitely owe this underrated, antagonistic act a listen. 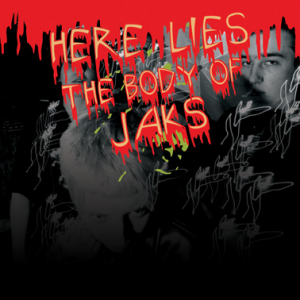