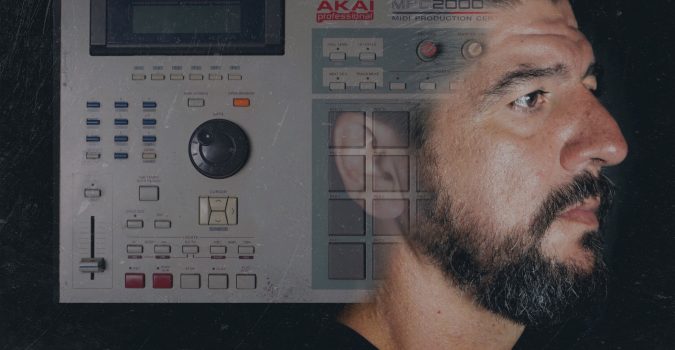 When you’re armed with two Akai MPC 2000xls, ten rapid fire fingers, and countless sampled sounds from the farthest reaches of the earth and beyond, there are no creative limits. This is why Luke Henshaw need not worry if he’s entering the world of the avant-garde (Variations in the Key of the Afterlife), hip hop and punk (both exemplified in Planet B), or cumbia (Sonido de la Frontera). To most, these genres would be considered different auditory universes altogether. But with Henshaw’s mad-scientist vision and the operating room that is PengOne studios (his own) in San Diego, each style is capable of overlapping and even complimenting another. Often summoning heavy sci-fi and horror aesthetics, Luke’s beats are brutal and hard, but nuanced and multilayered. Percussion is just as likely to be delivered in the form of a jazz drum beat from the 1920s as the simple slam of a dryer door. This ability to transform the mundane into the otherworldy is summed up perfectly with the backstory for one of Henshaw’s favorite samples: “I used to carry around a portable recorder. One day, I was in my friends back yard (bored) and started plucking the rope from his clothes line. Amazed with the sound it was producing, I had to sample it, and I have used it in my arsenal ever since.”