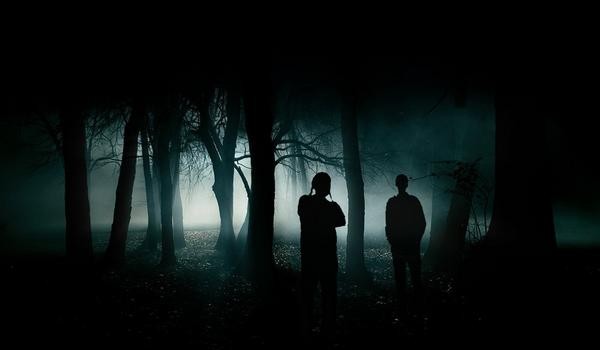 San Diego‘s Secret Fun Club has been the longstanding musical outlet for drummer and engineer Sal Gallegos (Some Girls, Three One G) and bassist John Rieder. An ongoing collaboration that formerly included guitarist Nathan Joyner (Some Girls, All Leather), the band has been making odd, challenging, and relentlessly heavy music on its own terms for over ten years. Secret Fun Club’s output has previously been irregular and issued in highly limited forms: just a self-titled twelve-inch EP (Pet Set Records 2000), a split seven-inch with Sleeping People (Temporary Residence/North Park Records 2004), and the five-song CD EP A Diagram of How Shit Flows From Your Toilet Into God’s Hands (2005) saw the light of day in the first half of the band’s existence.

A duo of bass and drums since 2007, Sal and John began writing, demoing, and performing brutal new arrangements for two solid years, finally recording what would become the Three One G LP Skull With Antlers during the first half of 2009. With drums that call to mind Bonham (if he had preferred meth to booze) playing sides of beef and bass tones that alternate between motorcycle rumble and insectoid modulation and filtering, Skull With Antlers is forty-five minutes of doomy frenetic noise with occasional forays into quiet minimalism and copy-and-paste sound sculpture. W.T. Nelson (Geronimo, Bastard Noise) shows up on a couple of tracks with his brood of Trogotronic outboard gear to contribute painful frequencies across the range of human hearing.

Secret Fun Club sees itself as fundamentally a live band, and the outfit is becoming infamous in San Diego and elsewhere for its shows and sound: 700 tube watts pushing apocalyptic bass wave-forms through sixteen ten-inch speakers—paired with some of the loudest, most punishing drumming imaginable. The band’s sets are indulgences in volume and repetition, abrupt turns and uncomfortable silences. 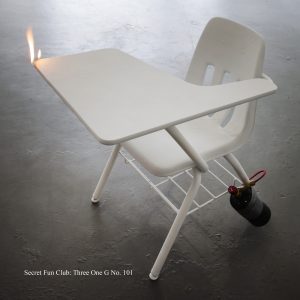 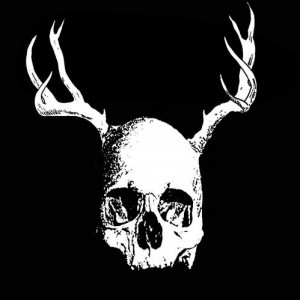