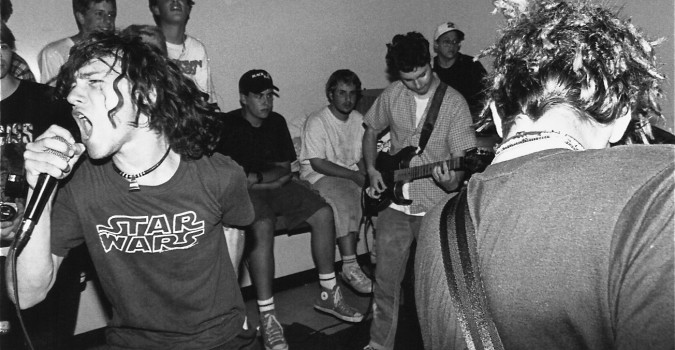 At the turn of a decade, 1990, aligned a group of angry, disenfranchised teenagers from San Diego who connected in that they all had something similar to say about the city around them– one afflicted with racism, consumerism, abuse, animal cruelty, sexism etc. (much like any other). The message, in essence, was to say “fuck all of these things”, and the result was some of the members’ first “official” forays with fast-paced, aggressive music in a hardcore band. Struggle (Initially called Proletariat Struggle, but later shortened due to the fact that it was a bit of a stretch to say that the members were all “working class” at that point in their young lives, or that the main focus was merely classism) would turn out to be the seed for what would later splinter off into various but equally important and beloved artistic avenues for the six members—some of which are The Black Heart Procession, Swing Kids, Unbroken, Three Mile Pilot, The Locust , Creepy Creeps, Baader Brains, and Bread and Circuits (“to name just a few” is an understatement, here). Essentially, Struggle was the humble but nonetheless brutal beginnings of many different influential careers, and the raw talent there was undeniable.

Struggle consisted of Dylan Scharf on vocals, Jose Palafox on drums, Justin Pearson on bass, and Eric Allen, Tobias Nathaniel, and Cliff Cunningham all on guitar. The result was explosive, straightforwardly expressed and hard-hitting discontent with the majority of society’s way of doing things: “You talk of equality, yet you take their lives/You talk of progression, yet you’re so uncivilized” (from the track “Death of a Friend”).

During their three year span, the band released a self-titled 7”, 12” and a split with Seattle-based hardcore punk band Undertow. Despite being only high school-aged, the band had opportunities to share musical space with other significant bands with similar ideological perspectives such as Born Against, Downcast, Bikini Kill, and Econochrist, for example, on Ebullition’s “Give Me Back” LP. They even enlisted the assistance of the drum core from experimental/industrial San Diego-based performance artists Crash Worship, or ADRV, on the track “The Untitled”. Collaborations like these no doubt show the foundations for the diverse and unique perspectives Struggle was interested in pursuing not only at that time in their lives, but that members would carry with them into future endeavors, and to this day—projects such as All Leather, The Crimson Curse, Yaphet Kotto, Head Wound City, and Retox. 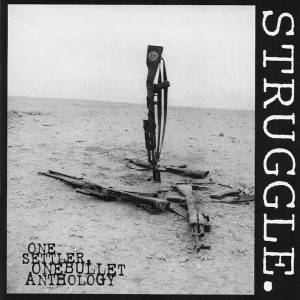