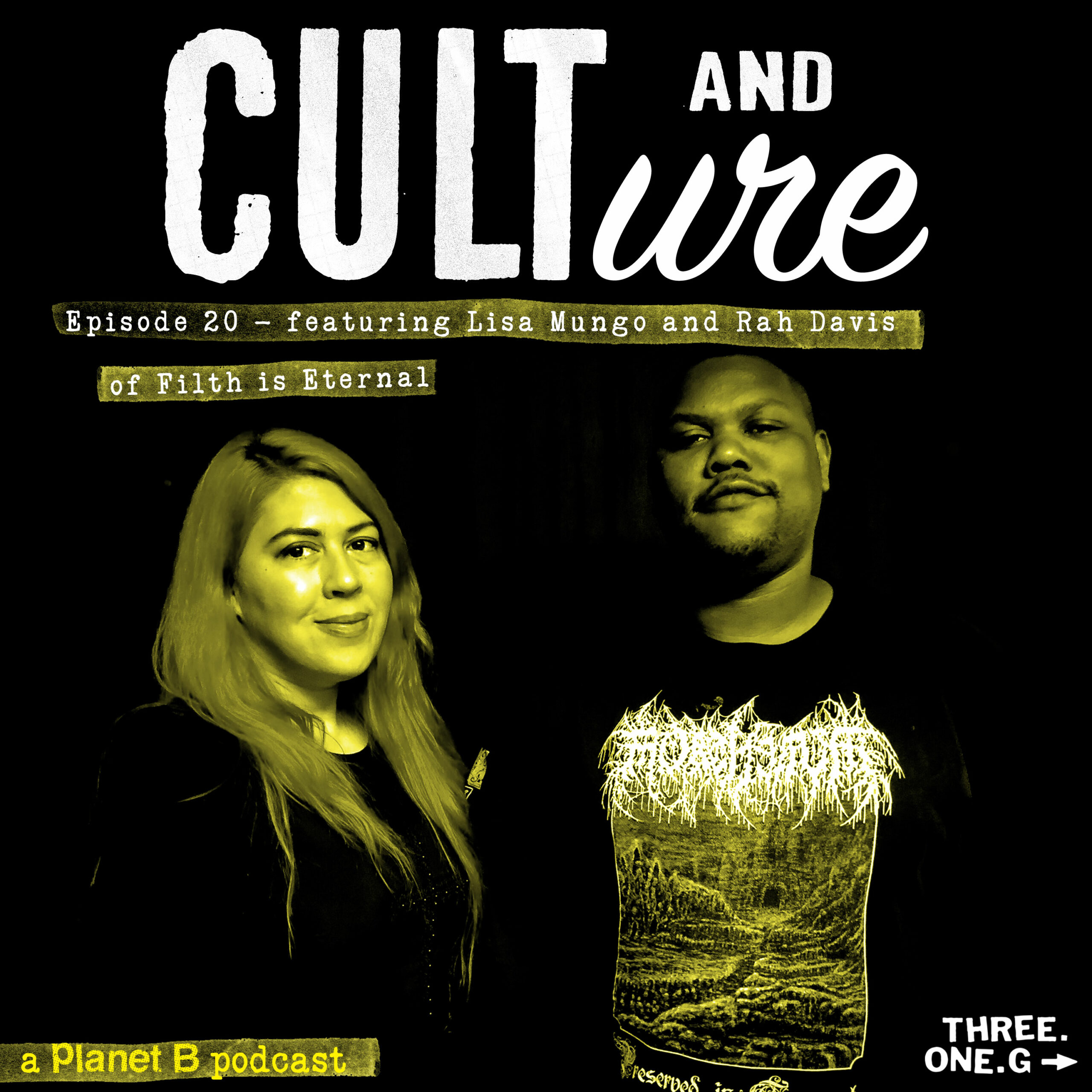 In episode 20 of Cult & Culture, Justin and Luke take part in another double-interview with two old friends– both members of Seattle-based hardcore punk band Filth is Eternal– Lisa Mungo (He Whose Ox is Gored) and Rah Davis (Cattle Decapitation). The discussion starts with Rah and Lisa’s first connections to music, which both include growing up in musical families, and the struggles as well as the positive memories that come with having parents who are professional artists. From there, topics gravitate towards performing and touring, including the idea of taking control in a performance and forging your own stage/world/reality in unexpected ways, making the best of hard situations on the road, and the conscious/subconscious influences and inspiration picked up along the way.