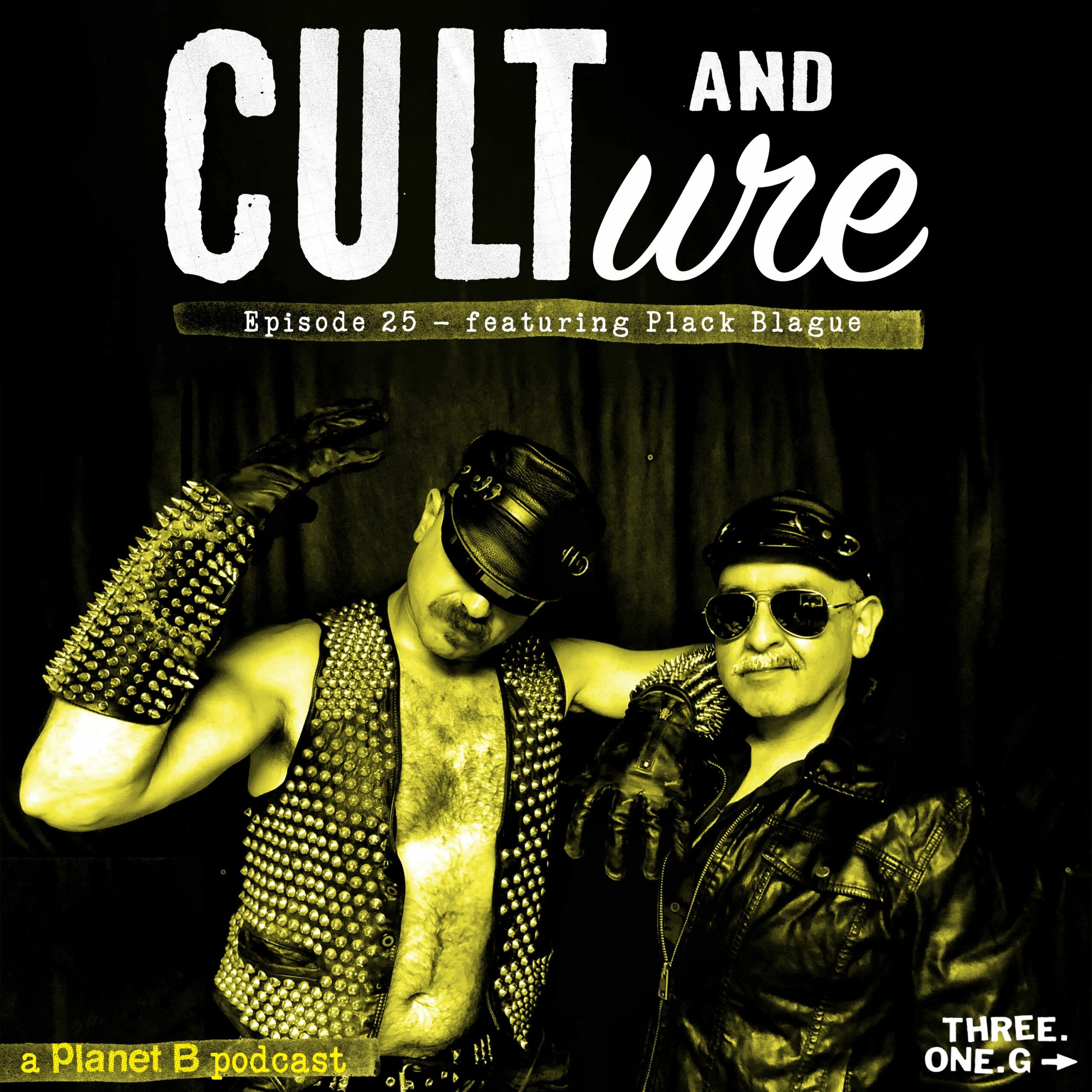 In episode 25 of Cult and Culture, Justin and Luke interview the “hard leather disco” queer duo, Plack Blague. Raws and Loren (also known for his drawings under the moniker Butch Dick Art), who are also long term partners, touch on growing up at different times and places, in Lincoln, Nebraska and San Francisco respectively. The two went through disparate experiences in connection to the gay community growing up, Loren more immersed in it while Raws stuck more to extreme music scenes, with both still being considered outsiders/punks to society at large. They also discuss the importance of confidence, and the power their live performances have on those who may not know what to expect, drawing influence from the likes of Suicide and The Pet Shop Boys to create an atmosphere that is fun but also subversively political by its very existence. Vocalist and founding member of the band, Raws, talks about his past in grindcore band Wasteoid, and the progression from that to “anti-dance” music, eventually evolving into the iteration of Plack Blague that people eagerly sweat to today.