In Episode 27 of Cult and Culture, Justin and Luke catch up with two members of short-lived 90s hardcore band End of the Line, Cory Linstrum (John Henry West) and Matt Anderson (Gravity Records, Heroin). They talk about coming up DIY, seeing Born Against play in their own garage, working with Ebullition to release their only album (now being reissued by Three One G), and the second (third? fourth?) wave of hardcore that the 90s brought with it. They also talk about the violence happening in San Diego at that time, the magic of the legendary venue Che Cafe and the scene it fostered, and the way that music helps keep people connected over decades in ways that nothing else can. They also dive deeper into Gravity Records, and some of the memorable releases including Man is the Bastard, Earthless, and Antioch Arrow.

The concept of Cult and Culture began as a short segment created by Justin Pearson, an internationally known musician, record label owner (Three One G Records), author, and actor. He is perhaps best known as bassist for bands such as Dead Cross, The Locust, and Some Girls as well as vocalist for Deaf Club, Swing Kids, and Planet B. Having traveled the world touring in hardcore and punk bands since age 15, Justin has come to know and work with a broad spectrum of captivating personalities and brilliant minds, many of which are key figures in the realm of popular culture and cult followings alike– from being on the soundtrack to John Waters’ Cecil B. Demented, to acting in an Asia Argento’s Incompresa, to playing in Dead Cross with Mike Patton and Dave Lombardo. Cult and Culture arose as an opportunity to document bits and pieces of the DIY-driven, subversive world of art Pearson identifies with- one that many are not aware of or perhaps have misconceptions about.

Eventually, Pearson joined up with producer and bandmate Luke Henshaw (Sonido De La Frontera, Planet B, Satanic Planet, First Power Crew) to build the idea into a proper podcast, now recorded at his own PengOne Studios in San Diego. Henshaw has collaborated with hip hop legends such as Invisible Skratch Piklz’ D-Styles and Q-Bert, Kool Keith, in addition to being immersed in the world of Cumbia alongside Sonido De La Frontera bandmate Karlos Paez (B Side Players). He also recently scored the music for upcoming documentary Sk8face, which tells the history of skateboard graphics. In this way, both Justin and Luke are influenced by a diverse array of subcultures that all have connected roots. John Waters was one of the first people interviewed for the podcast- an icon of both cult and culture. Since then, guests have included a broad scope of musicians, producers, authors, and anyone passionate about what they do– anyone from Grammy-winning musician Juan Alderete (Mars Volta, Racer X, creator of Pedals And Effects) to actor Michael Malarkey (Vampire Diaries, Project Bluebook), from San Diego Black Panther Party members to longtime partners Nicola and Adam in electro-punk band ADULT. or The Satanic Temple cofounder Lucien Greaves (who would go on to form Satanic Planet with Luke and Justin as a direct result of their podcast conversation). The focus is not intended to be solely on people in any one realm, and because guests are friends and family, the conversations are frank, informal yet well-informed, and genuine. Pearson and Henshaw seek to achieve a casual openness, blurring lines between traditional guest and host. Cult and Culture is available on iTunes and SoundCloud and new episodes will be premiering on Brooklyn Vegan. You can find the latest episode premiere here. Links to the previous podcasts are below. 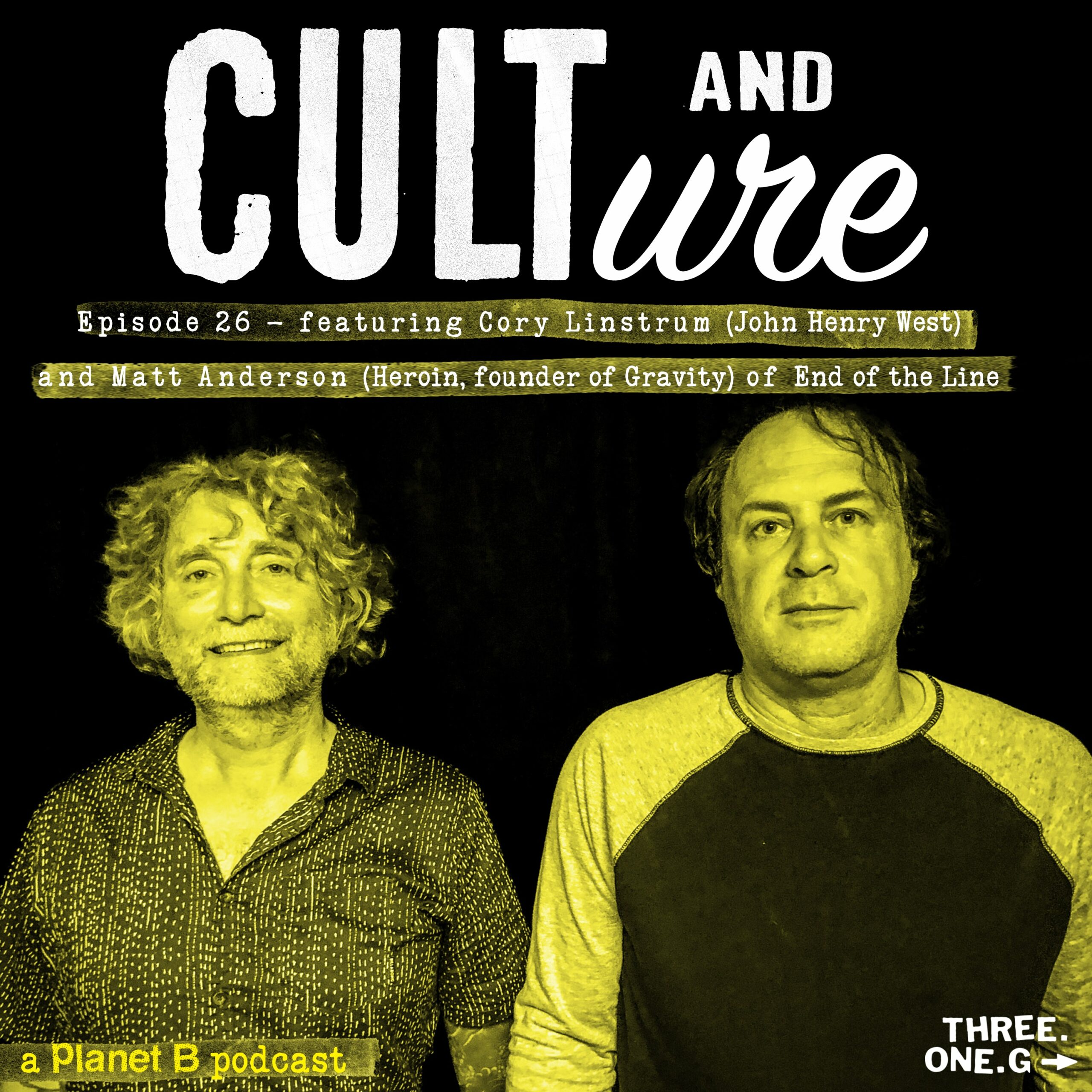