END OF THE LINE “Burning Down” from the band’s self-titled LP available from Three One G.
Purchase here.

“Fuckin’ great. This stuff rages with the kind of crazy, maniacal energy and enthusiasm that’s often so hard to capture on vinyl. If I have to come up with a comparison, I’d say old-style DC hardcore like… VOID, but less doomy and more dynamic. Imperative.”
—Maximum Rocknroll

This record has been remixed and remastered by Tim Green (Nation Of Ulysses/The Fucking Champs) at LOUDER studios. Pressed on limited edition color vinyl with a 3D cover and accompanying individually printed 3D glasses. 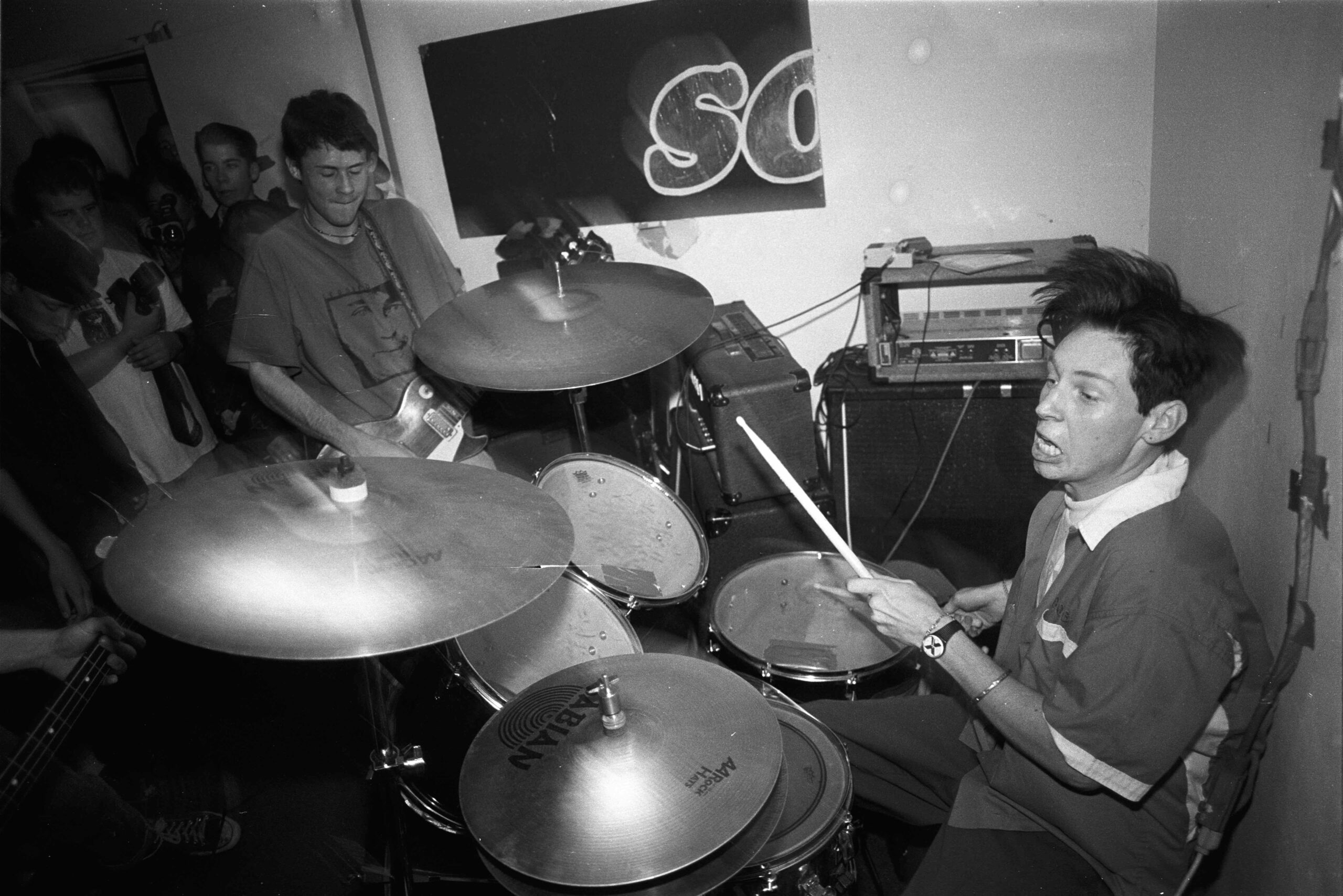