INUS (aka The Institute for Navigating the Universal Self) is a pre-post apocalyptic, post-honky-tonk-prog-skronk, space Tropicalia, math-lounge powerviolence trio from San Diego, California. Poking fun at the failed for-profit universities of yesteryear, the band’s live performance interweaves blistering, calculated bursts of noise with educational slideshows that riff on subversive political commentary, dada-surrealist sci-fi, scathing social critique, fake news, space cults, infomercials, spoofs on the Department of Defense, and shout-outs to corporate sponsors. The result is an unapologetically bold, utterly ridiculous, and serious-as-all-hell multimedia showcase of sophisticated polyrhythms and hog-wild-future-amusement-park timbres with vocals ranging from ring-modded falsetto to rumbling Tuvan throat skronking. INUS was originally formed as a two-piece under the name Innerds in 2011 by guitarist/vocalist Bobby Bray (The Locust, Holy Molar) and drummer Brandon Relf (Sleeping People). The band has shared the bill with left-field luminaries including 2UP, Head Wound City, The Molecules, Corima, Retox, Upsilon Acrux, Bastard Noise, Horse Lords, and Atomic Ape. Joined by bassist Chad Deal (Phantom Twins) in 2016, Innerds was reborn as INUS and finished the recording of Western Spaghettification.

This single is off of INUS’s debut LP, Western Spaghettification, which was released digitally as well as on red vinyl through Three One G Records on August 9th, 2019. Order it, here.

“We Are Our Computers’ Genitalia” was directed by Hoyote/Gummy Lagoon. Filmed by Omar Sanchez and Chad Deal.

For the creation of “We Are Our Computers’ Genitalia,” bassist Chad Deal explains, “The video was created by Hoyote, a San Diego-based muralist, illustrator, and mixed media artist. His 2-D animations were projected onto a variety of 3-D surfaces spray-painted white: an outdated computer monitor on a lazy Susan, thrift shop tech offal, a Styrofoam skull, myself and our buddy Omar in a body suit & VR mask. We filmed over multiple sessions in Jamul, In-Ko-Pah, and on Hoyote’s rooftop. Then, he added another layer of 2-D animations over the footage. The video tells the story of a person’s anatomy being spontaneously taken over by computer parts: a joystick phallus, laptop speaker breasts, vein-like wires, etc., until they are fully transformed into a computer. Considering the amount of time most of us spend interfacing with laptops and mobile phones every day, it makes sense to view technology as an extension of our own bodies. Squint your eyes, and the concept inverts. Are we the organic appendages of our digital commodities? What function do we serve for them? Are we our computers’ genitalia?”
Guitarist/vocalist Bobby Bray adds, “Let’s face it, sometimes your computer is a dick. But it’s a two-way street. We humans can also be the genitalia and this is precisely what artificial intelligence relies upon—humans to be their genitals so computers can reproduce. So while selfies and memes contort the thinking of our modern generations, we are really participating in a training exercise that will benefit our future robot overlords, as we remain in the crosshairs of autonomous flocks of drones. But our signifier yields another signified. Being online and in-line for life is what living through this pandemic is like for many, and what it’s like to get a Covid-19 vaccine in many places. It can be particularly difficult for older and more vulnerable generations who never acclimated to the digital age in which we live. The institute urges alums and non-alums alike: consider helping older people in your life get vaccination appointments via the computer.” 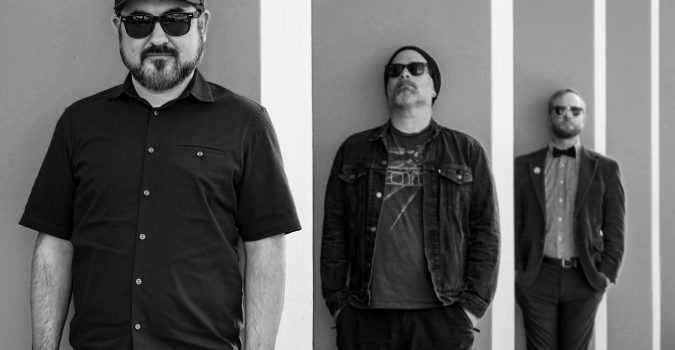