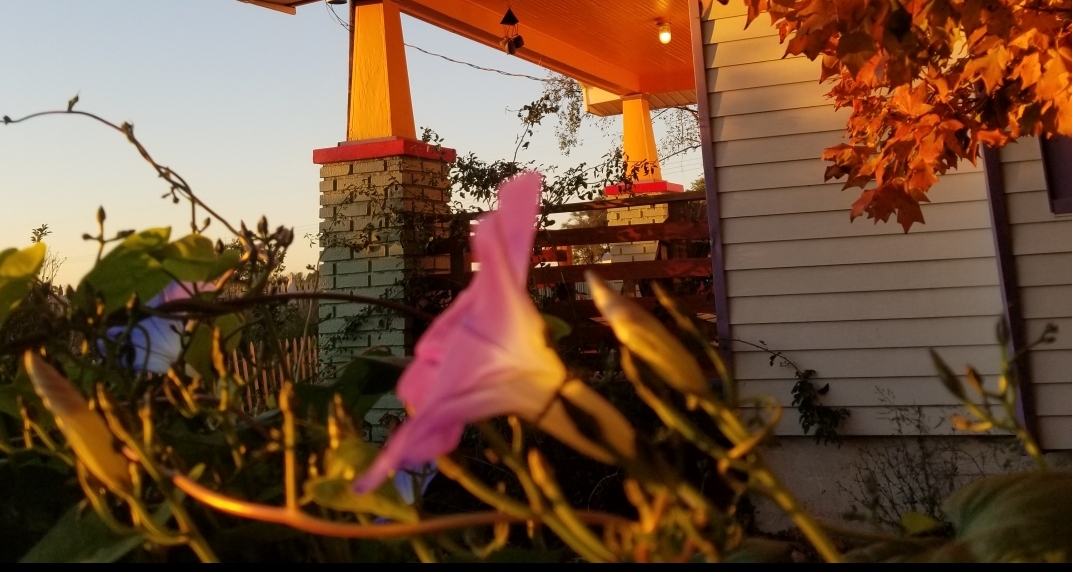 I want to tell you that it was one hell of a summer and I mean that in a bad way. Summer as hellish season—as death, grief, and displacement.

In the opening credits to the Jeffersons, Ja’Net Dubois (standing in for [and in character as] George and Weezy Jefferson) sings, “Took a whole lot of tee-ry-in’ just to get up that hill.” This summer we got halfway up that hill then rolled back down an endless slope of hot, burning asphalt.

In the winter you roll down a hill like that and you turn into a giant snowball and it’s hilarious and everyone in the audience laughs and applauds. In the summer you burn and no one wants to watch you burn. Human comedy or divine comedy without the divine.

It’s autumn now, but it’s 85 in Tonganoxie, Kansas. Alison and my god-son Johnsy are in the mudroom taking apart the clothes dryer, looking for the broken piece. Willy, who’s 11, sits on the opposite end of the couch as me while I write doing remote school.

I ask what he’s studying.

“No, I ask because all the cats are sleeping.”

Two days ago we put Bella down. Bella the brindle pitbull. Fourteen years old. Fourteen years as a person and you’d be in high school; your life at fourteen has barely begun. Fourteen years as a dog and you lose the ability to stand one day and then you can’t lift your head. You lie on your side next to your food bowl you can’t eat from anymore and you stare up at us as we kneel around you saying goodbye.

It’s fall, but the hell-of-a-summer is still here. To the universe I ask, “Can’t you just give it a fucking REST?” There is no answer, just like there is never an answer.

Now, Willy is sitting on the floor turning the pages in a photo album from when I was eight.

“You went to Disneyland and Hawaii in the same month?” he asks.

Outside a hot wind blows the trees—blows the fall leaves right off the branches. They fill the air, tumbling, lifting, twisting—red, brown, orange. The sky is blue but burnt almost white, silver.

Johnsy and Alison have finished the dryer.

“We’re just putting the last screws in,” she shouts from across the house.

Now Alison and Johnsy are talking quietly about the problem with the dryer as they finish the work.

“High five!” says Johnsy and I hear the smack of little hand on bigger hand as Alison gives him one.