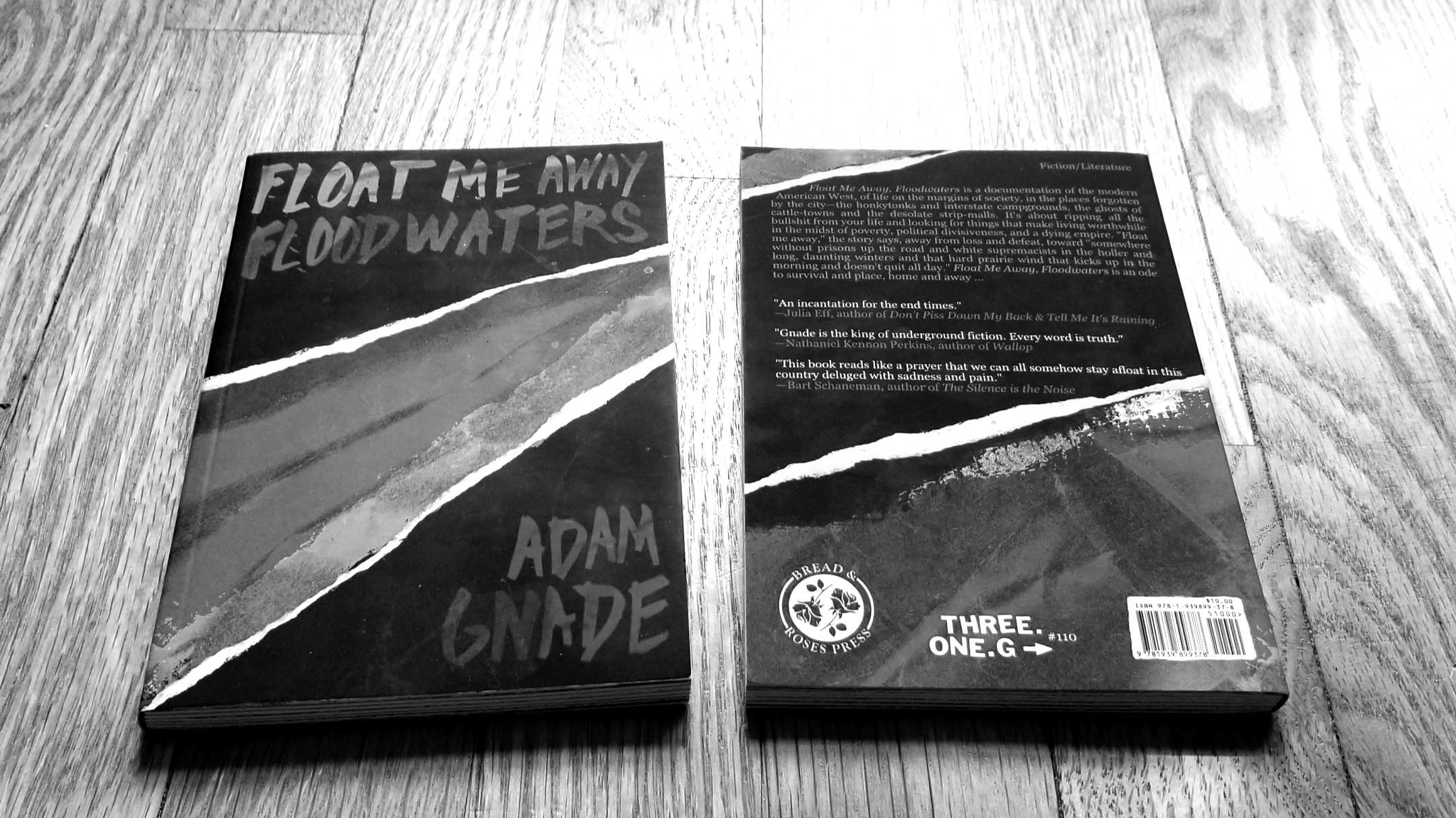 That night after the reading we’re in a country bar down by the river and the bartender is buying our drinks. Why, we’re not sure, but it’s tequila sunrise after tequila sunrise and I’ve fed ten bucks into the jukebox to play every version of “Carmelita” in a row then every Townes song they’ve got. I’m giving Kenny a list of ways I might die on this book tour that have to be kept a secret for PR reasons. “If I die on the toilet for any reason you can’t tell anyone.” He laughs and says, “I’ll tell them you died fighting narcos.” “Good. If I die by slipping on the bathroom floor and hitting my head, the same.” “Right, bathroom deaths. Check. Any and all bathroom deaths I’ll tell them it was narcos.” “Tell them El Chapo got out of jail and I had to fight him mid-tour to save all the children and all the baby animals in the world. Even the snakes.” “Even the snakes,” he says raising his glass in salute. “But the baby snakes,” I say, “The horrifying baby snakes but they’re babies too so they make the cut.” “What about the grownup snakes?” “Not on the guest list,” I slam my fist onto the bar top for emphasis. “No plus-one for grownup snakes,” he says. “No plus-one and no drink tickets. Don’t even ask, you sneaky long pretending-to-be-a-rope-then-scaring-people bastards. Stay outside! You’re 86’d, motherfuckers.” “What are we even talking about?” he says laughing, shaking his head.

“Alright then, what is a good death?” Kenny asks as the bartender sets another on-the-house round in front of us. “Well, I guess being killed by lions. Killed by alligators. Saving people from fires. Killing Hitler because I’ve traveled back in time to right the wrongs of history. Dying while being a cool surfing bank robber like Point Break. Fighting grownup snakes. Fighting evil vampires but where I’m a good vampire like Wesley Snipes and I have two swords I drag on the ground as I walk toward my enemies and I get to wear stupid looking ‘90s sunglasses and a big black coat. Oh, and definitely fighting wicked space aliens.” “If you’re killed by wicked aliens I’ll tell them you were killed by wicked aliens because that’s fuckin’ legit and epic. Take that, you space-age bastards!” “Good, Kenny, thank you. Being killed by a wicked space-age bastard is legit and epic and an all-around good death and anyone should be proud to die like that. What else? Eaten by a buncha crazy-ass dinosaurs. You can tell the truth if that happens. And of course fighting narcos. Always tell the truth about me fighting narcos if I end up fighting narcos, and I will do the same for you. I think I saw some narcos outside the bar walking a couple dogs so be careful.” I make these jokes to shove the real stuff away. The car accidents and viruses and cancer, the heart attacks, the bleak and unromantic scenes that play out in my head on a stuttering loop most days. The scenes that come rushing in after my brain tells me But you will DIE someday apropos of nothing.

How many times will I think those words before my day comes?

What good does it do for me to think them?

Nothing. It does no good at all.

None at all. Right now I am alive and being alive is so much better than the alternative I’m sent into waves of euphoria. Tonight I’m going to drink a tequila sunrise big enough to put out a California wildfire. I’m going to be joyous with my joyful friend. I’m going to lasso the sun like Pecos Bill and pull it toward me. C’mere you solar bastard, I am bringing forever summer! Hello sweet bartender, get me another. Get me a dozen and I’ll shout, “Don’t go nowhere!” as loud as a jet engine and get the words tattooed on my face. I’ll feed another ten bucks into the jukebox and play every version of “Carmelita” and every Townes song AGAIN.

But you will DIE someday. Not today I won’t.

We drink a toast to the dawning glory of the tequila sunrise.

We drink a toast to the bartender and stickers of Calvin pissing and space-age bastards. We drink a toast to Taqueria Los Panchos #4, to country music and tomorrow morning’s breakfast and to every breakfast after that. At some point I get half the bar to shout, “Lakeside Speed Waaaayne!” ten times and it feels like an invocation—an exorcism of the bland and a salute to the chaotic powers that rule and turn the Earth.

Around closing time we’re the narcos and I pull my merch table cash out of my pocket and shake it in the air, “We’re narcos! I want to kill!” I yell. “Quiero matar! Quiero morir!” Kenny shouts. I get on my knees on the wooden stool and shout across the crowded bar, “Somos narcos and I will fight any bastard in this bar!” I don’t want to fight any bastard anywhere, but I’m happy and stupid with my friend and we care about nothing but the next tequila sunrise and jukebox country songs and yelling about how we’re narcos. Kenny says, “Somos narcos and we will fight our way out of trouble.” I shake my $40 in ones in the air again and say, “No tengo miedo anymore! Somos narcos ricos!” Kenny laughs, shaking his head, and says, “Holy shit let’s go before they throw us out.” “No, they love us here. Someone just told me we’re the new owners. Hey! Hey everybody! Quiet down! Listen up! We own this place! Hey! Drinks are free tonight! We love you! Who loves you?! We love you! Batman’s a piece of shit!” Kenny half chokes on his drink and says, “Dude, what, James, why did you say Batman’s a piece of shit?” “I don’t know! I have no real opinion about Batman. Just seemed like the right thing to say.” “Fuck you, Batman!” shouts Kenny, raising his drink in the air. “Batman you are trash! Go home!” I yell, giving double middle fingers to the ceiling. “Go home, you’re drunk, Batman!” yells Kenny.

The edges blur. The features blur. Someone drops a glass and I hear it shatter on the floor. Fighting against the slur in my mouth, I tell Kenny, “Lesh gih outta here ‘fore we fight ever’one in here.” “Less figh evereee’one in here and thhhen gih owwa here,” he says tapping his forehead wisely. The bartender sets two more free drinks in front of us. The tall glasses are bright yellow at the top and then red at the bottom—a deep, murmuring cloud of red like the blood in an egg yolk. Kenny climbs off his bar stool and walks toward the restrooms, staggering a little to the left. Someone high-fives him and he accepts this gladly. I see the bartender pull the tap down and fill a pint glass with golden beer.

Note: order Float Me Away, Floodwaters by Adam Gnade here.