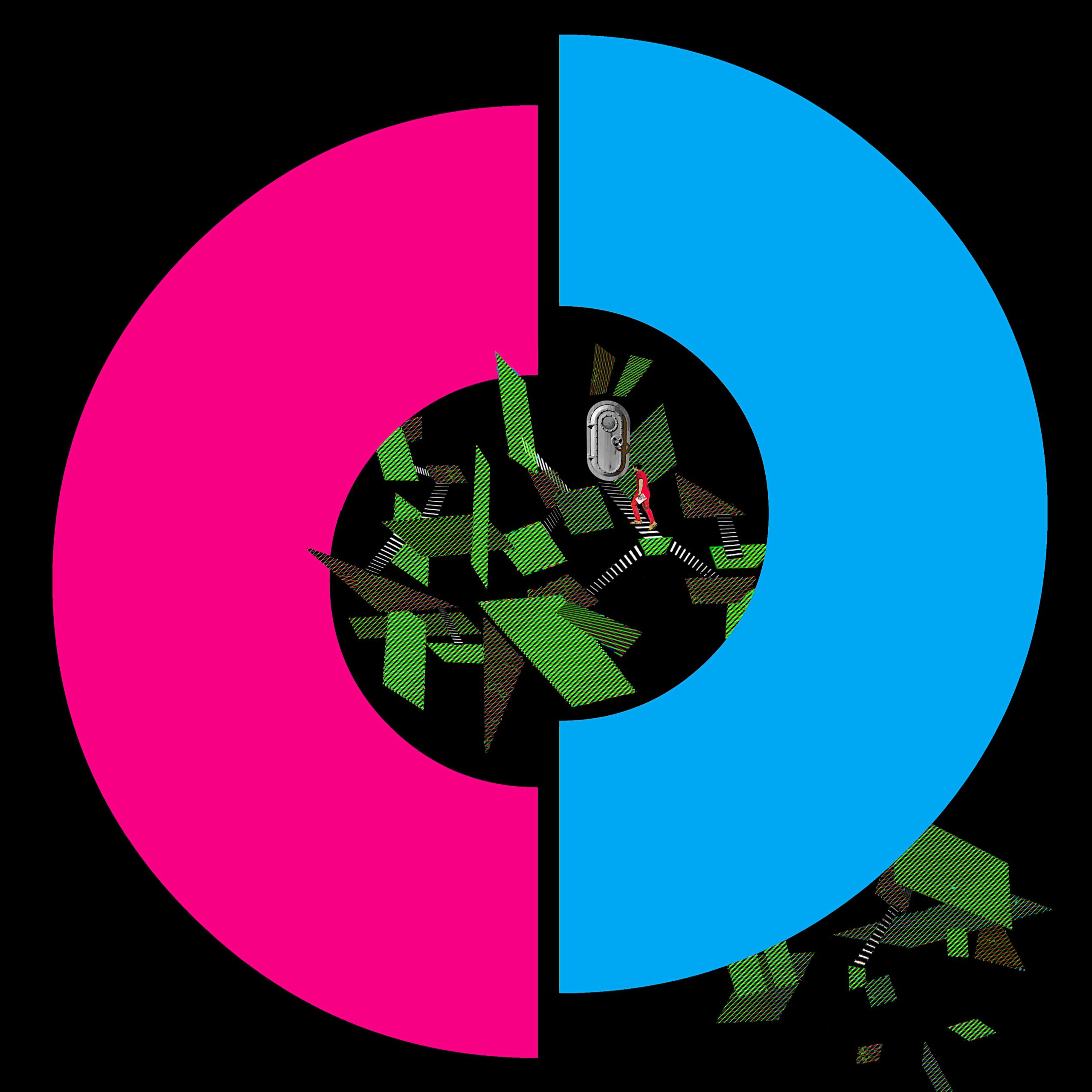 Of innumerable bands that traffic in dissonance, the musick of Pittsburgh, PA’s Microwaves shears clean and hot as an oxy-lance through the defenses of even the most cynical noise rock aficionado. In this iteration of the band, which has been in existence now for 20 years, core members John Roman (drums, vocals) and David Kuzy (guitar, vocals) round themselves out with 2006 alum bassist/vocalist Adam MacGregor on one side (“Pyroclast”), and founding bassist/vocalist Steve Moore (Film composer and member of Zombi, Lovelock, Miracle, and more) on the other (“Plasma”). Over the years, Microwaves continues to pick up the loose ends left by Voivod, MX-80, Snakefinger, and some of their own Pittsburgh-area “math-rock” contemporaries, twisting them into a Gordian knot that at once rages and confounds.

Who among us doesn’t long for a “do-over” of our wreck of recent history? Maybe it’s that attitude that accounts for the ascendancy of multiverses, parallel dimensions, the “Berenstain/Berenstein” debate, etc., in public imagination. Whatever the reason, contemplating other planes of existence is no longer exclusive to the hard sci-fi wonk set. Apropos of all the above, Microwaves manifests their own twin realities over the two sides of Discomfiture Atlas, its second album on San Diego’s vaunted Three One G records. Though distinct, both sides of the album, “Pyrocast” and “Plasma,” salt the band’s terse alloy of thrash metal, no-wave, brutal prog, noise-rock, and math rock with a hint of pop brevity, if not the melody to match.

Even at a curmudgeonly 20 years of age, (both versions of) Microwaves lean into the new material with the desperate enthusiasm of a 50-something peeling out in a midlife-crisis Corvette. Roman delivers his usual cyborg clatter, careening through odd meters and deconstructing rock drumming according to plans laid out by Beefheart and Devo. MacGregor complements with tortuous lines that invoke eastern melodic ideas at times, though they seethe with distortion and gurgle queasily through analog filtering. His vocal palette has widened to include an unhinged/unschooled falsetto and a Teutonic metal shriek, used to great effect on “Hammerspace” alongside Kuzy’s wavering, town-crier bark. Kuzy executes his trademark spindly atonalities with a draftsman’s precision, alternately ratcheting through all of the first-wave thrash-metal riffs he probably ever wanted to hear. Moore’s performances on side “Plasma” present a tighter and more reeled-in quality, focused on timbre and monolithic repetition over the flash of the past. In an all-time first for Microwaves, the standout “Your Dumb Guts” finds Moore serving up a vocal melody with stunning earworm potential.

A far wiser band once sang of “40 Versions”; Microwaves hopes that Discomfiture Atlas satisfies listeners with two. The “Pyroclast side” version of the band will tour in Fall 2022, with hopes for future performances by the “Plasma” lineup. 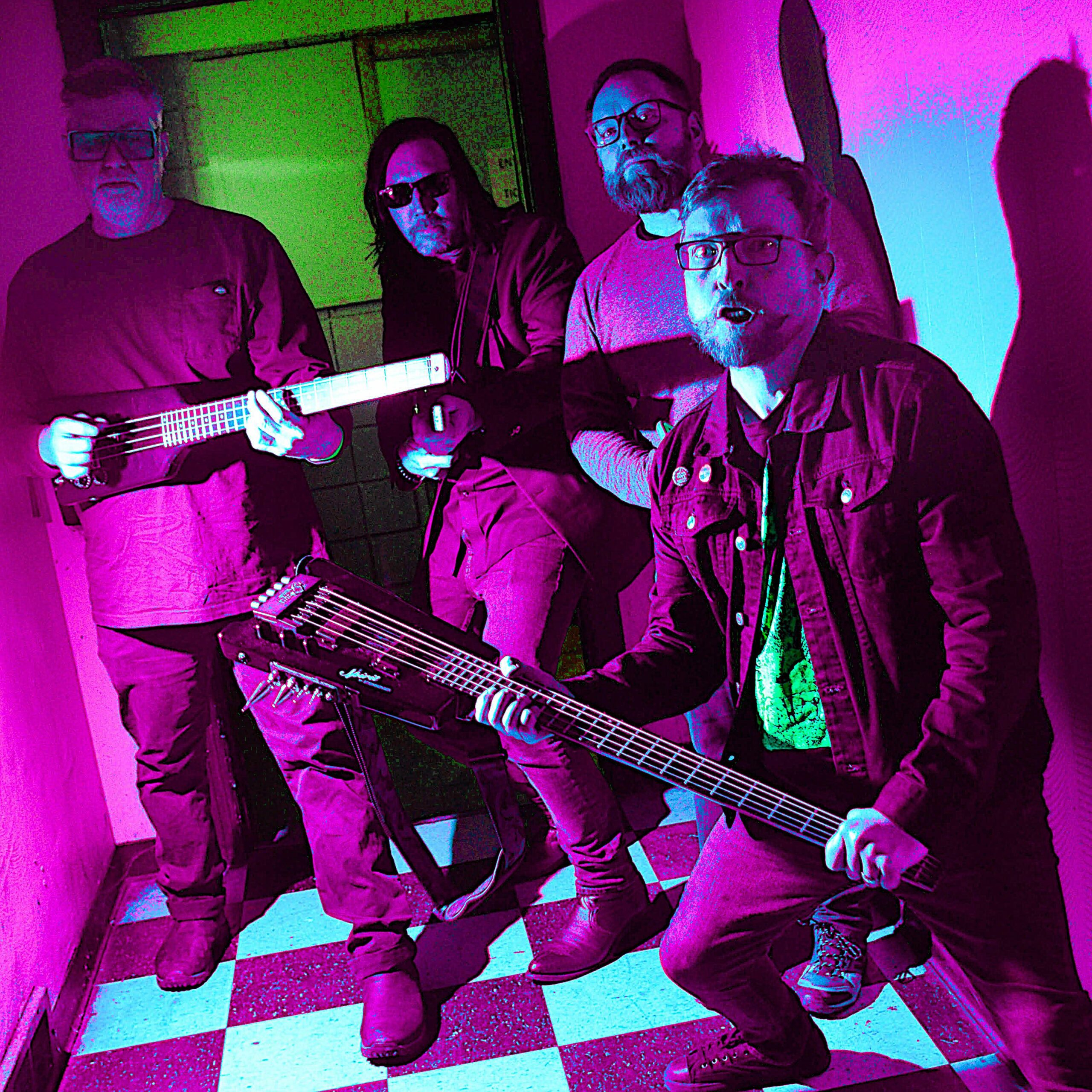