This Is the End Of Something But It’s Not the End Of You book
225 pages, paperback
Release date: February 14th, 2020 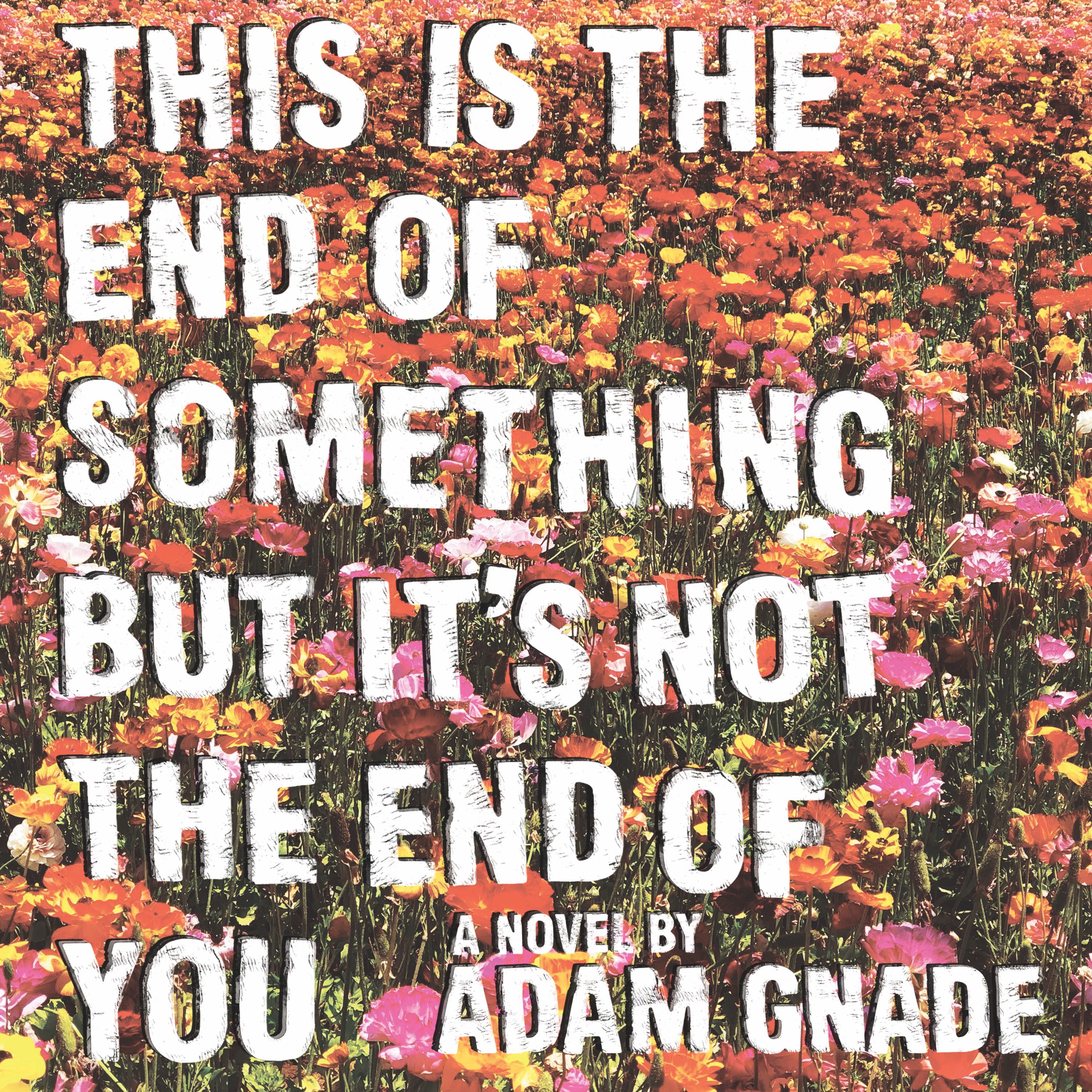 About the book: Adam Gnade’s third novel is held up by a Springsteenian sense of hope and a desire for redemption, of finding glory and escape, friendship and love in hard times. Like Dickens’ David Copperfield, Ferrante’s Neapolitan tetralogy, and Karl Ove Knausgaard’s My Struggle series, this is the story of a human life, kindergarten to adulthood, ratty beach apartment to bohemian party house, feverish basement to ramshackle farmhouse. Through the eyes of Gnade’s protagonist, James Jackson Bozic, we see how life scars you, changes you as you fight to find a safe place for yourself. It is, in turn, a murder mystery, a love story, and a vast, sweeping, panoramic look at America on the edge of collapse. It’s a story of displacement, strange shores, new mornings. As James says in the book, “I thought of how sometimes in the midst of survival, life will jerk you away from your home, how it will push you out across the map, away from the people you love, or into the path of others.” This Is the End… is about scratching and clawing for a better, safer, more satisfying life, even as the sky comes crashing down.

“A good story lets us sleep while keeping us awake; lets us breathe while spitting water. This Is the End… wants our sleepy, wakeful eyes, wants our water-filled lungs to bathe in harsh light; to fight and fuck and run with the wolves.” —Alexis S.F. Marshall, Daughters frontman, author of A Sea Above the Pains of Our Youth

“One of Adam’s greatest strengths is his knack for sensory descriptions—simultaneously romantic and yet also brutally honest—dragging the reader effortlessly into his world by way of the clearest colors, the most penetrating sounds, the most nostalgic smells. We feel every one of the narrator’s triumphs and heartbreaks, both micro and macroscopic. At one point in This Is The End Of Something But It’s Not The End Of You, narrator James speaks of his fabled, mysterious uncle Ansel’s ‘way with the language, the sharpness of his descriptions and the rhythm his words made and the way they became music.’ He writes, ‘It was intimate and evocative. I felt things from it and saw images blossoming up in my mind, rich and vivid and much more lifelike than what happened in the awful, lonely drabness of my own day to day.’ Yes, this is from the perspective of the novella’s protagonist, but I’ll be damned if it isn’t the most eloquent, unintentionally self-referential summation of Gnade’s own beautiful style, as well.” —Becky DiGiglio, photographer, Born Upside Down

“Reading This is the End of Something but It’s Not the End of You is like having a drunken, late-night conversation with an old friend you haven’t seen for years: freewheeling and wild, tender and warm, funny and a little bit sad, and altogether something you won’t soon forget.” —Juliet Escoria, author of Juliet the Maniac