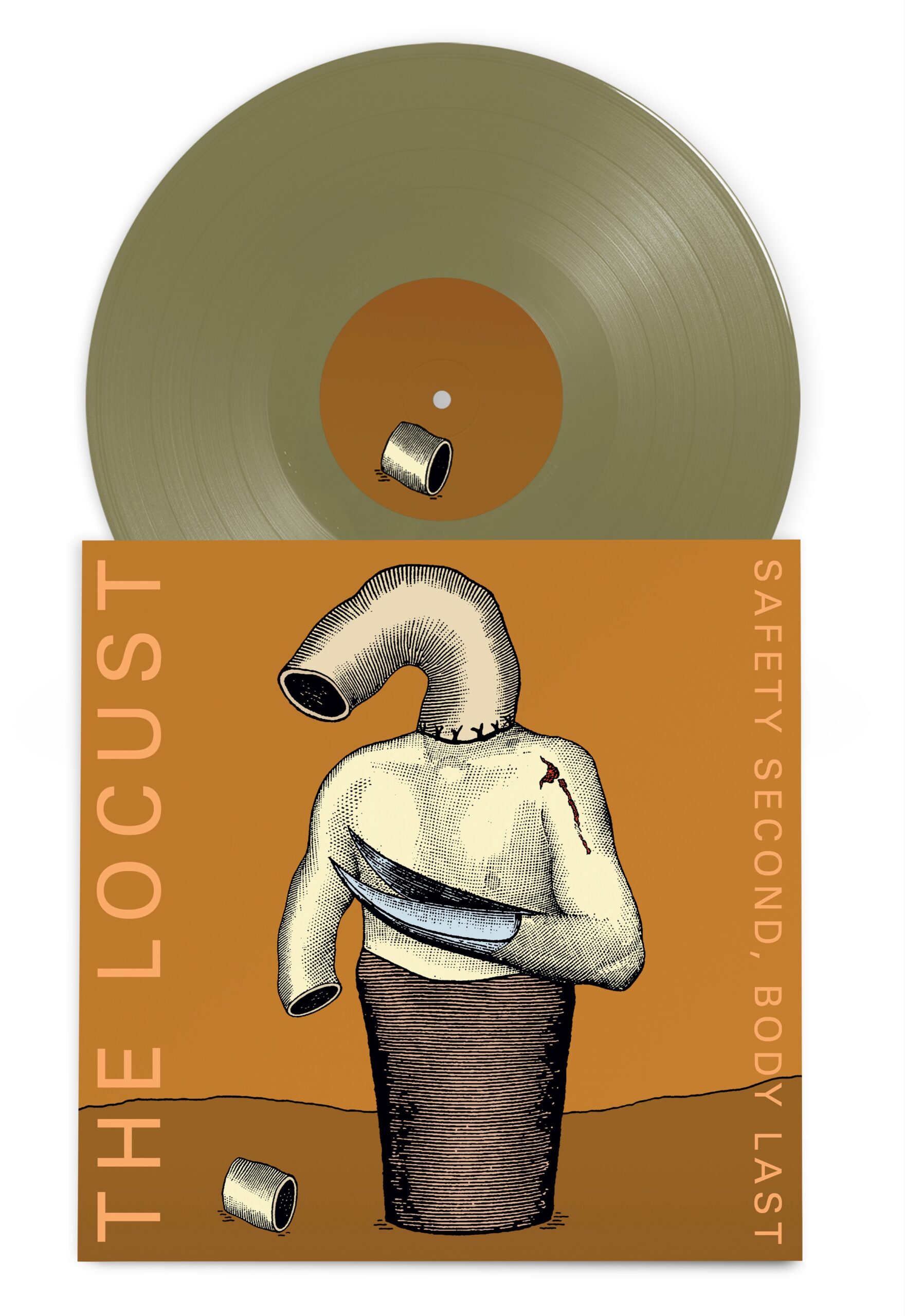 2005 saw the Ipecac Recordings/Radio Surgery release of The Locust’s “Safety Second, Body Last,” the follow-up EP to their acclaimed album, “Plague Soundscapes.” The concept for SSBL has been explained as one 10-minute song split into two tracks, each of which is further dissected into separate movements. The result is a timeless sci-fi onslaught described in reviews as an “elegant mind-fuck of organized noise” and “a fascinating contrast full of viciously dadaist musical fragments and surreal, perceptive lyrics.”
The now well-recognized cover art is a piece titled “Treatment” by Neil Burke, a member of likeminded experimental band Men’s Recovery Project.
Safety Second, Body Last will be re-released for the first time on Three One G Records on both cassette and vinyl.