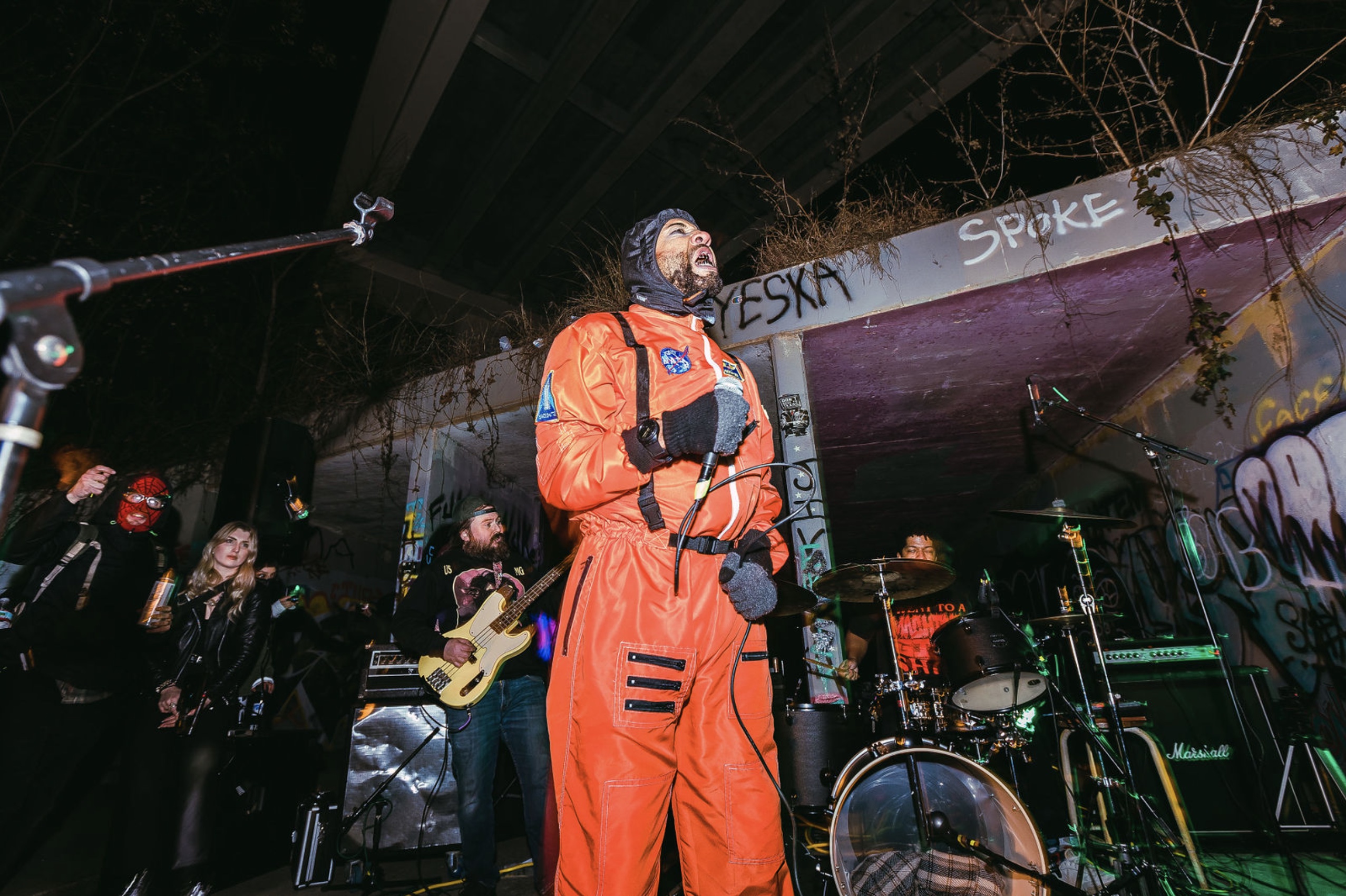 Prior to Fuck Money members Alton Jenkins, Bill Kenny, and Jeremy Humphries were in the acid punk band Future Death together from 2013 to late 2016. The band released multiple records in this short period of time with features from significant artists like Aaron Ross (Hella) and Elliott James Tucker and multiple tours with bands This Will Destroy You, Ringo Deathstarr and Boyfrndz. Future Death recorded their debut LP alongside Alex Bhore (past drummer of the band This Will Destroy You) at John Congleton’s studio in Dallas, TX Elmwood Recording. The band is on indefinite hiatus. Fuck Money vocalist TaSzlin Trébuchet is a known producer, stylist and musician in the Austin music scene who has contributed works for Wolfshield Studio and collaborated with various well known artists, most notably Ikey Owens of The Mars Volta, Elliott Frazier of Ringo Deathstarr, and Autry Fulbright of the band OFF!.

Fuck Money was formed in 2020 during the latter half of the COVID pandemic. After writing their first EP in a small sweaty storage unit in East Austin they spent a lot of time recording in the studio awaiting the opportunity to perform live, just as many other artists were at that time. On October 23rd, 2021 they performed their first show to an eager crowd at Hotel Vegas in Austin, TX. The band has created a reputation of performing high energy, sporadic DIY shows in liminal spaces throughout the dark corners of the city. Their vocalist is also known for donning an unpredictable and tantalizing look at each show.

Fuck Money is scheduled to perform at LEVITATION in Austin, TX on OCT 29, 2022