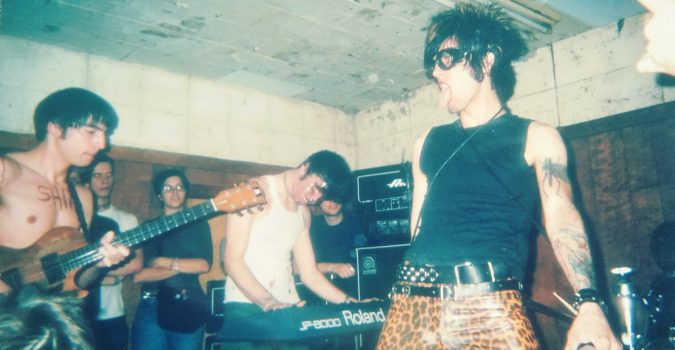 As Crimson Curse frontman Justin Pearson said in an interview with Skatepunk.net, “Jimmy LaValle and myself wanted to start a shitty band with no seriousness, no real message, just rock ‘n’ roll. Just to be shitty, start shit with stupid kids, try to play with bands that were assholes, jocks, straight edge, whatever, just as long as we didn’t fit in. Make punk threatening. Push people’s buttons. Get beat up. I think that whole seriousness in punk that we experienced from bands like Struggle or Downcast started this whole thing. At first it was important. People were saying interesting stuff, being informative, and so on. Then it went in some weird direction where it was so white-middle-upper-class, so safe and contrived. It was boring and nothing real was happening. I guess we just wanted to see something cool, something with fire and anger. But at the same time, test people. I think we set out to do something like the Dead Boys, or something along those lines. We got all these fucked-up kids together, made some punk music. That was it.”

The Crimson Curse had the sort of dark, swirling lava people that like Chuck Berry and Little Richard had in their veins. That edgy, wide-eyed angst, and that quaking, uneasy suspicion that all is not right in the world and maybe, just maybe, you (as that outta-step boy/girl with guitar/piano/voice) are the one to change things. (note: we’re talkin’ about rock ‘n’ roll in its purest form … back when it was still BLACK, and full of all the sweaty, howling, horny shit that’s since been polished over.
The Three One G-released Greatest Hits, is a compilation re-pressing (and in the case of a few songs, re-recording) of the Crimson Curse’s “Both Feet in the Grave” LP, and their split 7″ with the Festival of Dead Deer, along with one new song, “Blood Thirsty Lust.”
Track one, “Funeral Empire,” starts off with ultra-dramatic swelling guitar and drum noise, and then careens into sloppy, incoherent vocals and urgent, Le Shok-y keyboards.
Before ending a little more than a minute later, it already establishes a mood for the album, which, depending on where you were in yr teeny bopper days, might just make you wanna be 14 and stone cold stupid again — diving into a pit fulla big, retarded skinheads and Skrewdriver fans jacked up on shitty El Cajon speed. And anyone that’s actually Been There, and has felt that kinda fever, knows that it’s not exactly a bad thing. No, it’s an energy thing, a bored thing, a teenage thing, a passion thing, etc — all comprised of far too many elements and personal particulars to diss or demonize.
And, going on that same jag, by the time the chorus “plain-clothed pig never knows how ta dig” gets chanted over and over again, yr either a fan feeling that old free-for-all pit nostalgia, or a hater desperately jonesing for a Get Up Kids record to wallow in, cry upon and ferget you’ve ever heard of the mean ol’ Crimson Curse.

John Belushi once said something in an interview that recalls the next song, “Radiation Blue.” Stupid-drunk, sarcastic, and feigning sincerity, he told the interviewer, “You know what I love to do? Get FUCKED UP.” Yep, that same kinda mindless, skullbeating mania is clear and present this track, a feedback ‘n’ banshee scream opera not unlike Pearson’s Locust, or even speedier animals like Jenny Piccolo or Black Dice.

Then, from there, all the way to the last song, “Goldfish,” the band (also comprised of Damean Alexander, Michael Cooper, Christopher Sprague, and Evona Waschinski) follows suit with crazed, gore-splattered noise and heavy, camp-free organ work. And while they’re all pretty damn good songs, “Goldfish,” ends up being the stand-out track.

Starting off with a bouncy Southern Cal drumbeat almost identical to the one that kicks off Johnny Thunders’ “One Track Mind,” “Goldfish” then goes into a heavily rhythmic Swing Kids sort of intro and rips into the organ with a little more structure and a far less violent style. “Goldfish” is probably the most intelligent track on the album, but that snarling, nervy wolfish anger is still there, still somewhere in the back of everything, lurking and ready to tear the shit out of anything that comes near. This is heavy music, in terms of nasty, grumpy malice, and song for song, the album doesn’t let you forget that, or second guess in the least.
This sorta smack-to-the-head is straight-out life affirming. 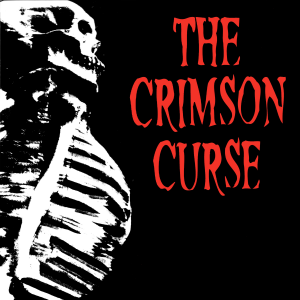 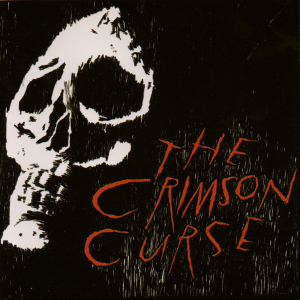 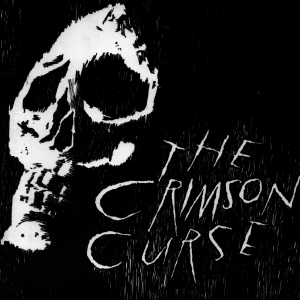