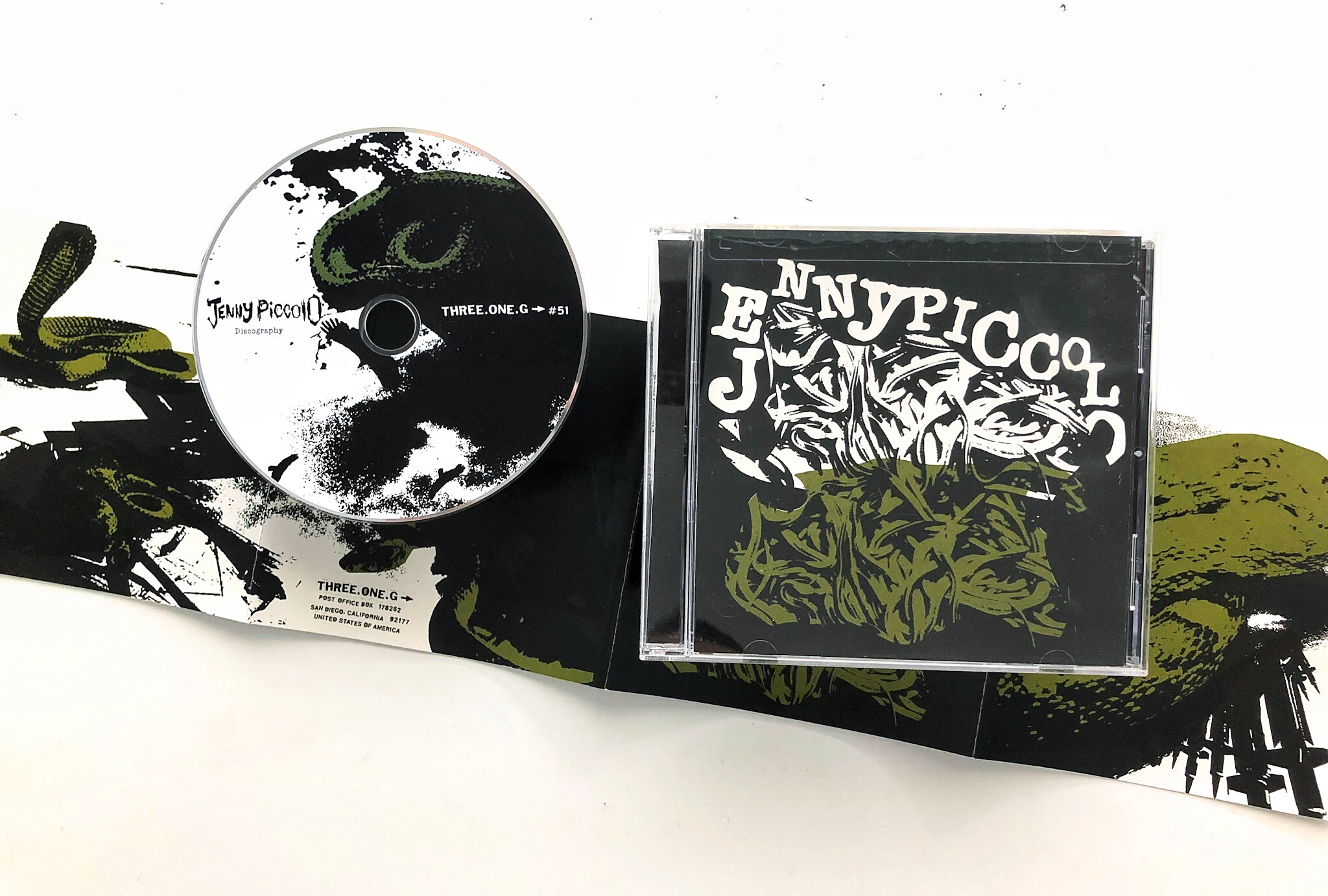 Sometimes you spend enough time with a record and it gets burned into you like a cattle brand. Jenny Piccolo’s Discography CD was released by Three One G 16 years ago today and I can’t even begin to list out all the formidable times I’ve spent with it as a soundtrack. Listening to these songs feels like summer in Portland the year it was released—the slurry heat of August and all of my friends too high to do anything good. It feels like road trips past blazing green cornfields and it feels like gray rainy mornings here on the farm waiting for something to happen.

Jenny Piccolo was both epic and dirty, frantic and contained. I wasn’t lucky enough to see them play live when they were around and I’m guessing you weren’t either. So this is what we’re left with—51 tracks of merciless assault, a decimatingly heavy hate-note from a past that doesn’t feel all that far away.

Get into this record. Live in it like me and I guarantee you’ll be spending your time well.