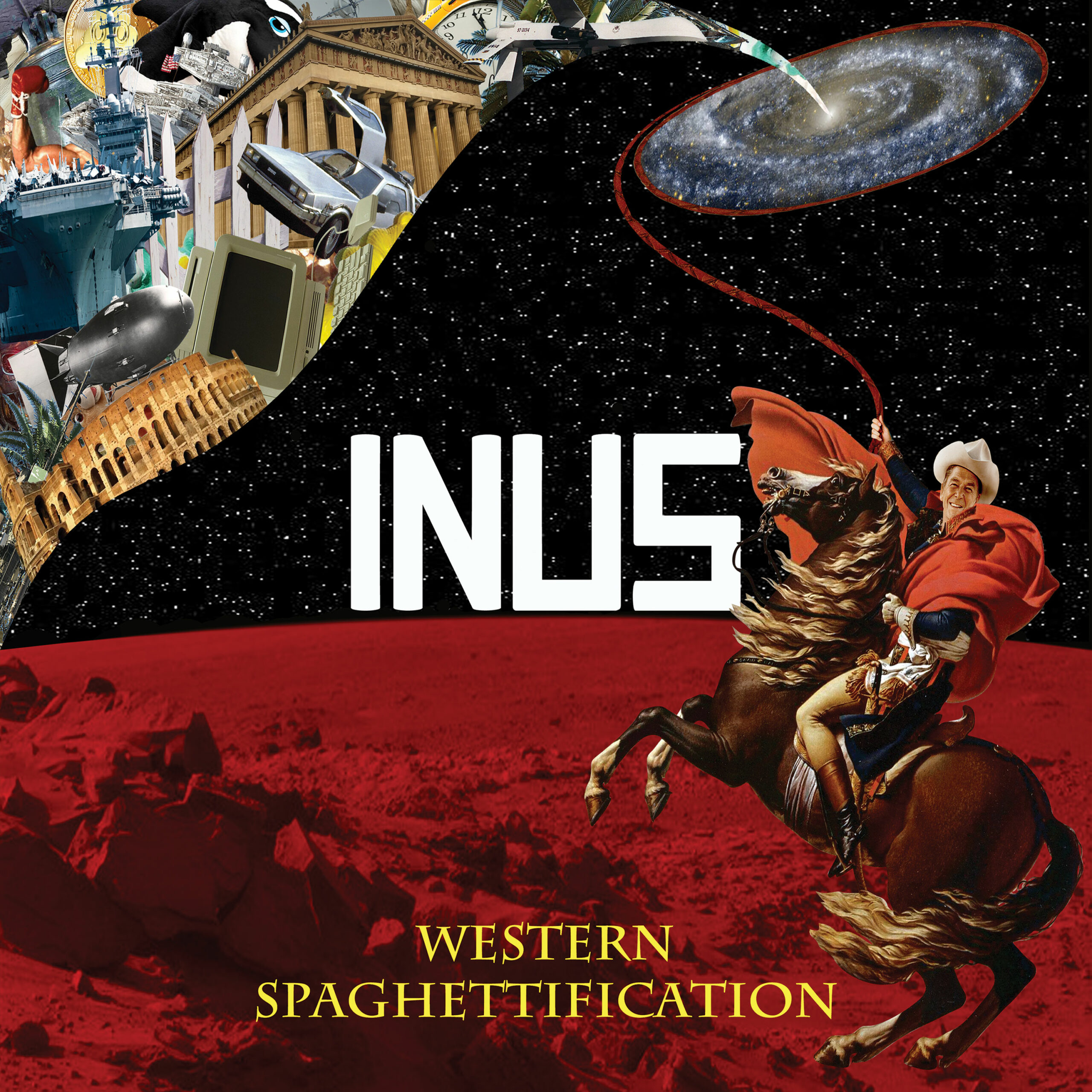 To say INUS is one of the weirdest bands in the Three One G catalog is both saying a LOT and a grand tribute to the freaky heights their LP swirls its way through. Western Spaghettification was released by this label three years ago today and it set a new standard for weird—a highwater mark for how bizarre musical notes can get while still remaining interesting, (somewhat) accessible, and always fun. INUS is one quarter of the Locust (Bobby Bray) along with Chad Deal (Phantom Twins) and Brandon Relf (Sleeping People). I’ve known Bobby since third grade and I will tell you this: he’s good at weird and he always has been. Bobby’s got a wild brain and it shows its feral streak here in lovely ways.

“Spaghettification” is actually a word. The Oxford English Dictionary defines it as, “In physics, the process by which (in some theories) an object would be stretched and ripped apart by gravitational forces on falling into a black hole.”

When you listen to this record, spaghettification happens to you and it also happens in the music, as Bobby, Chad, and Brandon stretch and rip apart metal and prog until their songs sound like none of the above. This is like Bobby’s work with the Locust if the Locust existed in the year 3022 (which maybe it does). It’s some strange-ass, futuristic psychotic breakdown shit full of shredding lines that flow like rivers and snakes across pieces of songs that fit together like a skeleton made from 500 different dinosaurs (but the result being the most beautiful of all new beasts). This is as gorgeous as it is absurd and I’m glad to share space with it in this universe (or any others).