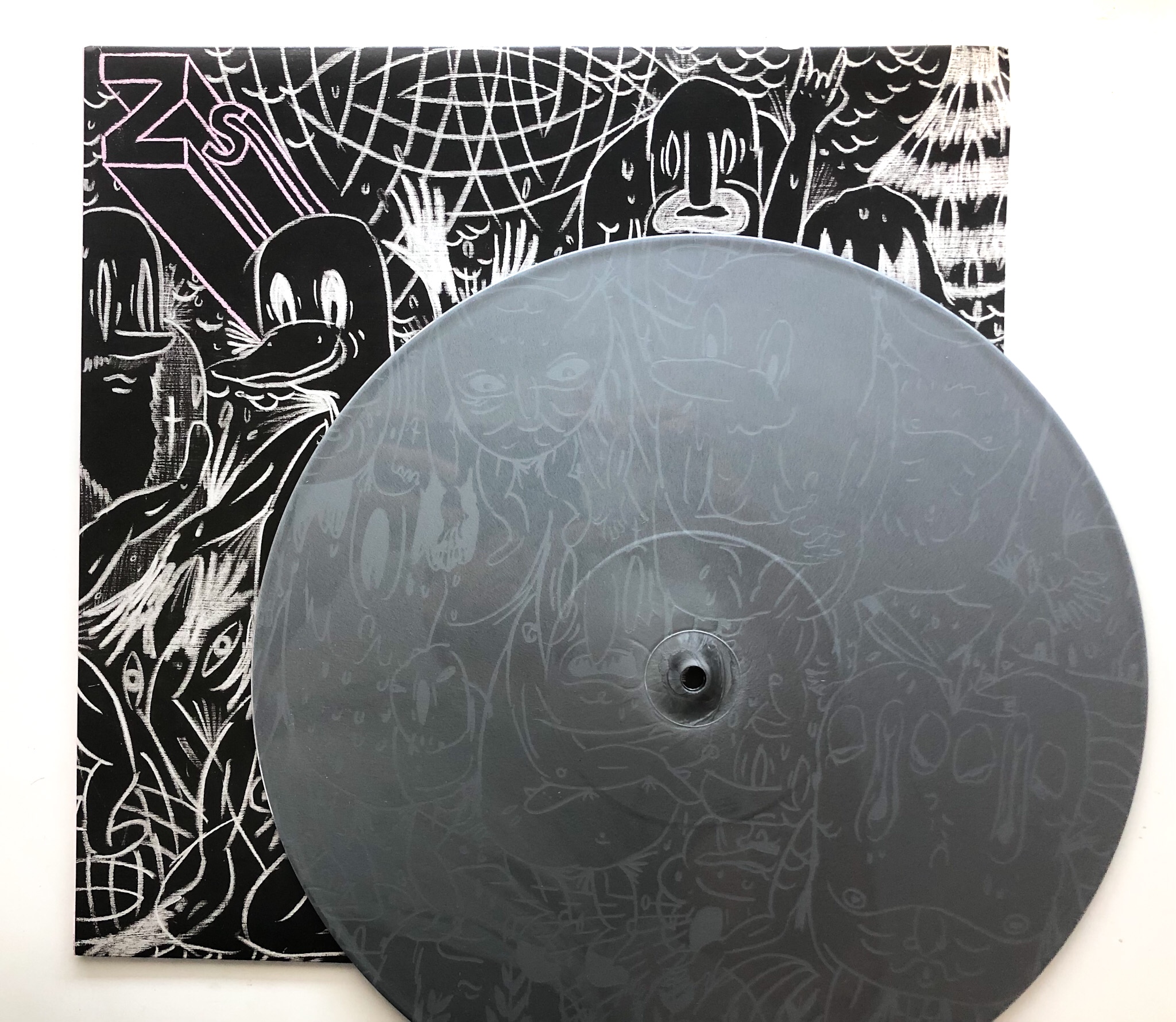 People talk a lot about music being confrontational, but how often is it really? Especially in regard to anything on the “punk” spectrum, “confrontational” is generally shorthand for “loud and snotty.” When music is actually confrontational, it can hurt. It can aggravate you. Piss you off. Take for instance Lou Reed’s Metal Machine Music. What an annoying pile of horseshit. BUT in its web of nonsensical, anti-melodic feedback, it’s also beautiful if you hear it with the right kind of ears. Beautiful too is the intent—its relentless and all-consuming “fuck you” like a great black storm rolling in over the sea.

Released 13 years ago today, Z’s the Hard EP is actually confrontational. It begins with a repeated blurt of notes (saxophone?) that rip into you then do so again and again and again and again and again and again before anything else joins the music. When the rest of the instruments come in it’s pure screech, bleat, and skronk. It’s hard on the ears, yeah, and it attacks without mercy for most of the EP’s 15-some-minutes run-time. Pure assault. Total annihilation. You are being confronted. You are given things that hurt–and hurt for an extended period of time.

Sam Hillmer (tenor saxophone), Ben Greenberg (guitar), and Ian Antonio (drums) have made a truly confrontational record, and if that’s your thing (it’s mine), it’s a lovely piece of work. Ugly, brutal, mean, pushy, unconcerned with any sort of conception of audience enjoyment, but goddamn it’s pretty. Worth noting is side B’s etching from John Dwyer. If you could actually play the etching on side B it would probably sound a lot like side A. Fucking wonderful is what it is.

–Adam Gnade, author of the Three One G released books Locust House, This is the End of Something But It’s Not the End of You, Float Me Away, Floodwaters, and the upcoming “food novel”