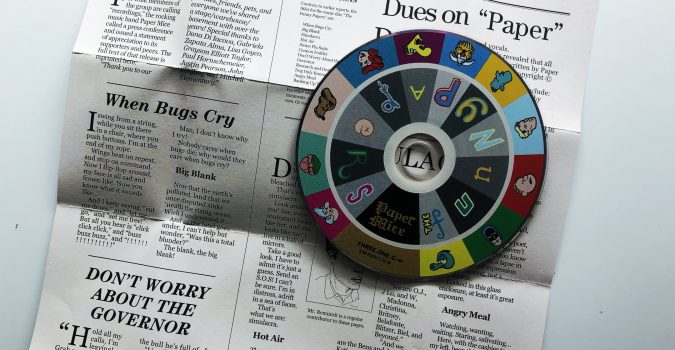 Some bands write songs and some create worlds. The universe built by Chicago’s Paper Mice is some kind of claymation fantasy nightmare full of strange animals and shiny, silver objects in the sky. It’s half children’s book, half acid trip. Paper Mice’s songs are stories where you never know what’s around the next bend. A tidal wave of reporters? Madonna? Crying bugs?

The Funny Papers CD, released nine years ago today by Three One G, is an immersive experience in the way Meow Wolf is immersive. You step into these songs like Gumby and Pokey step into books, and the world you’re given is neon-lit and decorated with elaborate, baroque scenery, and characters both hilarious and terrifying.

Musically, this record is some kind of punk prog that shifts wildly across the span of each track, the song structure twisting and turning like one of those novelty looping “crazy straws.”

When I first heard Frank Zappa I was disappointed that it wasn’t cooler or weirder. This is what I imagined it would be like. I still don’t get Zappa, but I get Paper Mice. Its weirdness speaks to me and when you find something that speaks your language, you better stick with it. 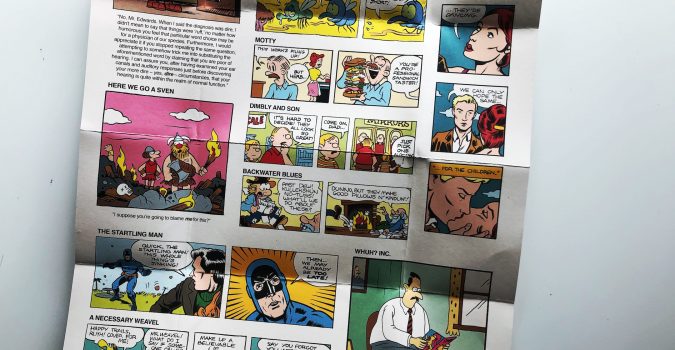