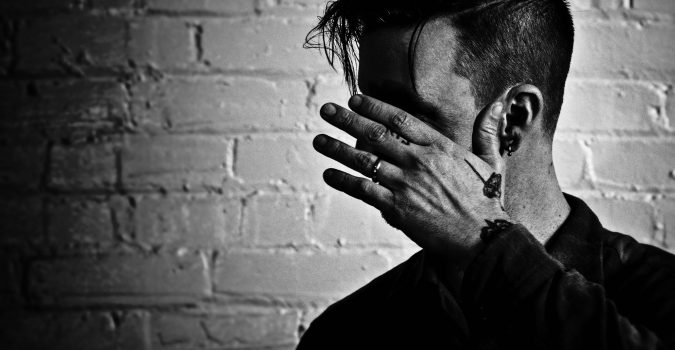 Brent Asbury left San Diego ages ago, but the guy’s got history with the place. A former member of Optiganally Yours, Followers, Pinback, Schlag-Schlag, Thingy, Aspects of Physics, Alpha Males, and Goblin Cock, Brent now works as a producer/engineer in the Pacific Northwest, and has done work with some of punk rock’s finest (including the Locust, Retox, All Leather, Dead Cross, and, somehow, Michael Bolton).

Panicker is Brent’s electronic project and the self-titled LP Three One G released four ago today is a fine example of his work. The Panicker LP is a journey through harsh techno soundscapes, weird noise-drenched synth contemplations, and strange, rhythmic, industrial film soundtracks for films as-yet not made.

It’s a beautiful world given life on this record. It’s also a rough world, a dark one, and one that reflects the greater space around us—the anxiety of modern life and the “terror of knowing what the world is about.” Four years on, this album feels just as relevant as ever. Get into it.