Deaf Club “If You Eat A Rat, It Might Taste Good” from the band’s Bad Songs Forever EP.

Having just released their debut LP, Productive Disruption, in January of 2022, Deaf Club wasted no time in the relentless pursuit of perfecting sci fi crust punk from the future; the result is their newest EP, BAD SONGS FOREVER. Made up of 3 original tracks as well as a Pixies cover of “Broken Face”— Joey Santiago of Pixies remarked, “Love it! Going to steal that Feedback Pedal Effect” upon hearing it— the band claws and spews its way into a heightened state of controlled chaos, taking time to more deliberately build, layer and pace each track in ways they previously hadn’t. As their shared style comes increasingly into laser-focus with each new song, Deaf Club continues to meld d-beat and thrash sensibilities with unhinged battery acid buzzes, disgruntled rhythms, and tongue in cheek lyrics spit cynical and sharp. 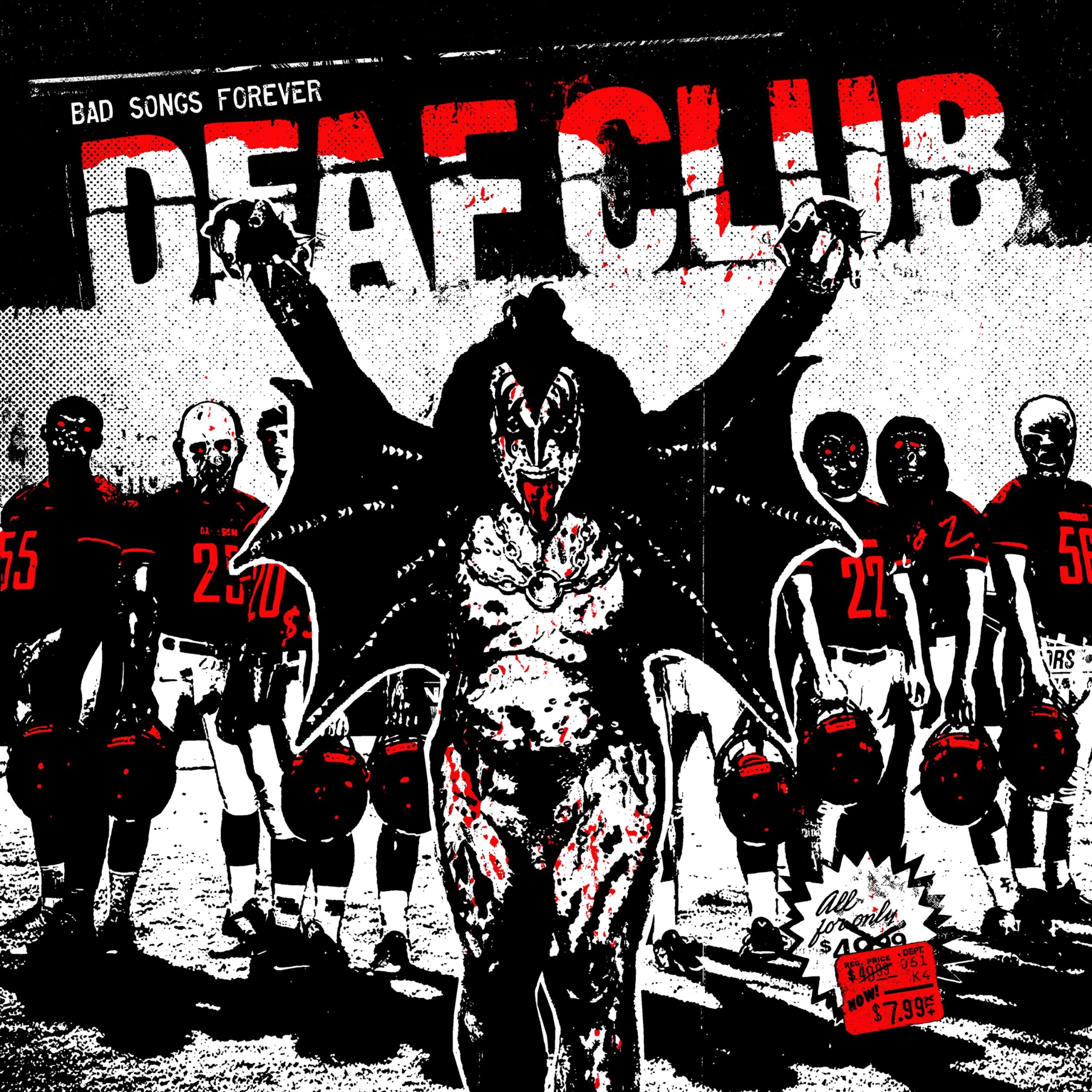