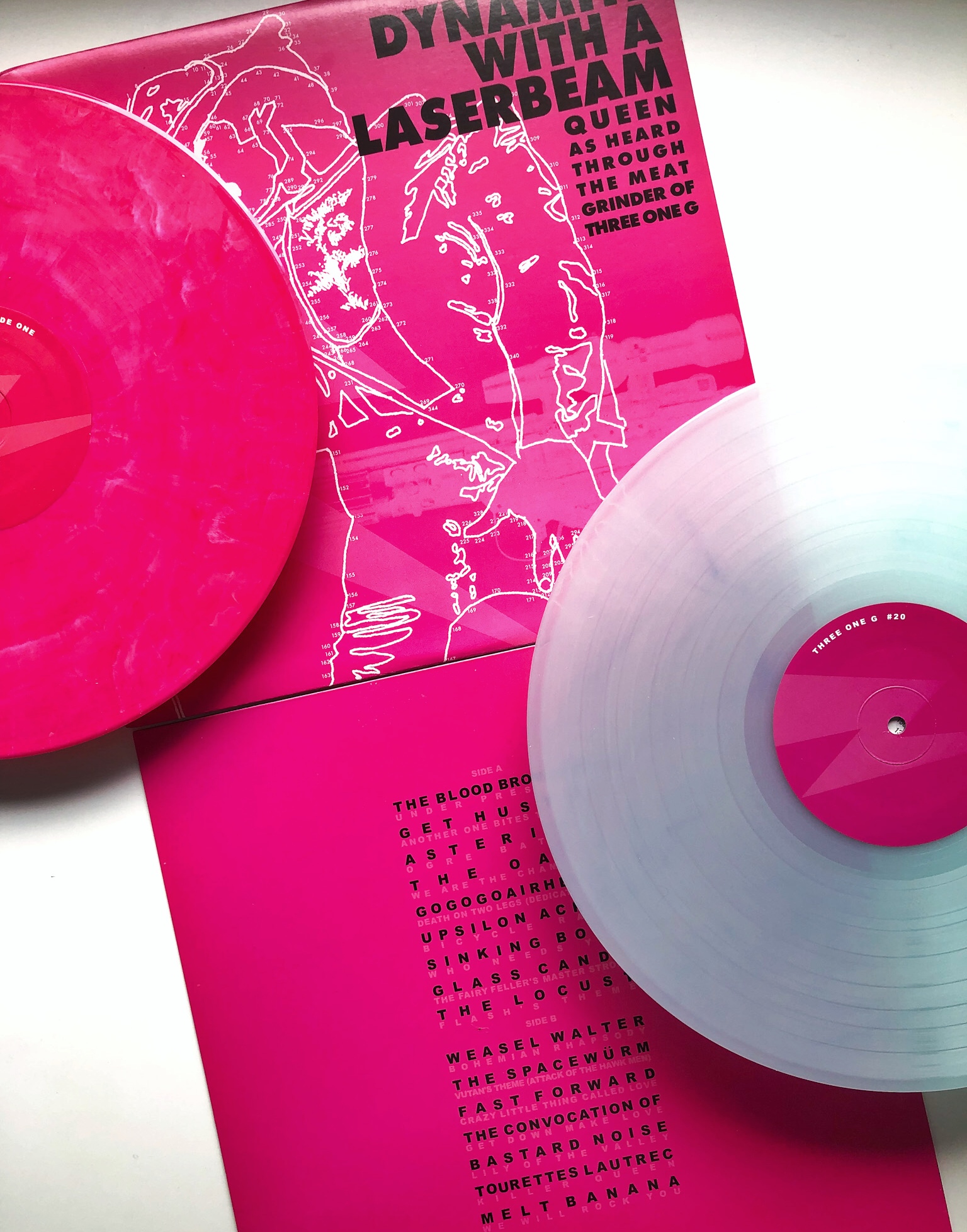 The power of Queen is one of the few things that people across political and social boundaries can agree upon. Songs like “We Are the Champions,” “Under Pressure,” and “Bicycle Race” are fucking decimators. They would be hits on any planet you can dream of, in any universe worth a damn.

Dynamite with a Laser Beam, Three One G’s tribute to Queen was released 20 years ago today in 2002, but it sounds more like 2202. This bananas-ass shit is beyond timeless. It’s more like time-defying. Never ever ever gets old. Blood Brothers’ brutal avant-hardcore antheming on “Under Pressure.” Melt-Banana’s weirdo minimalist take on “We Will Rock You.” Bastard Noise turning “Lily of the Valley” into actual bastard noise. The doomsday thrill-ride of Tourettes Lautrec’s “Killer Queen.” The hits keep coming like boulders tumbling down a hill: Get Hustle “Another One Bites the Dust,” Asterisk* “Ogre Battle,” The Oath “We Are the Champions,” Go Go Go Airheart “Death On Two Legs (Dedicated To),” Upsilon Acrux “Bicycle Race,” Sinking Body “Who Needs You,” Glass Candy “The Fairy Feller’s Master Stroke,” Weasel Walter “Bohemian Rhapsody,” The Spacewurm “Vultan’s Theme (Attack of the Hawk Men),” Fast Forward “Crazy Little Thing Called Love,” The Convocation Of “get Down Make Love.” Wow. It’s amazing this actually happened.

Just the fact that all these bands show up on one 12” is some fucked-up, wonderful, perfect gathering-of-the-punk-tribes shit. If this were a music festival a lot of people would sell their souls to be in the crowd. For now, you’ve got the record. Or you should have it. The vinyl is long gone, but CDs are available in the webstore. Go do that.