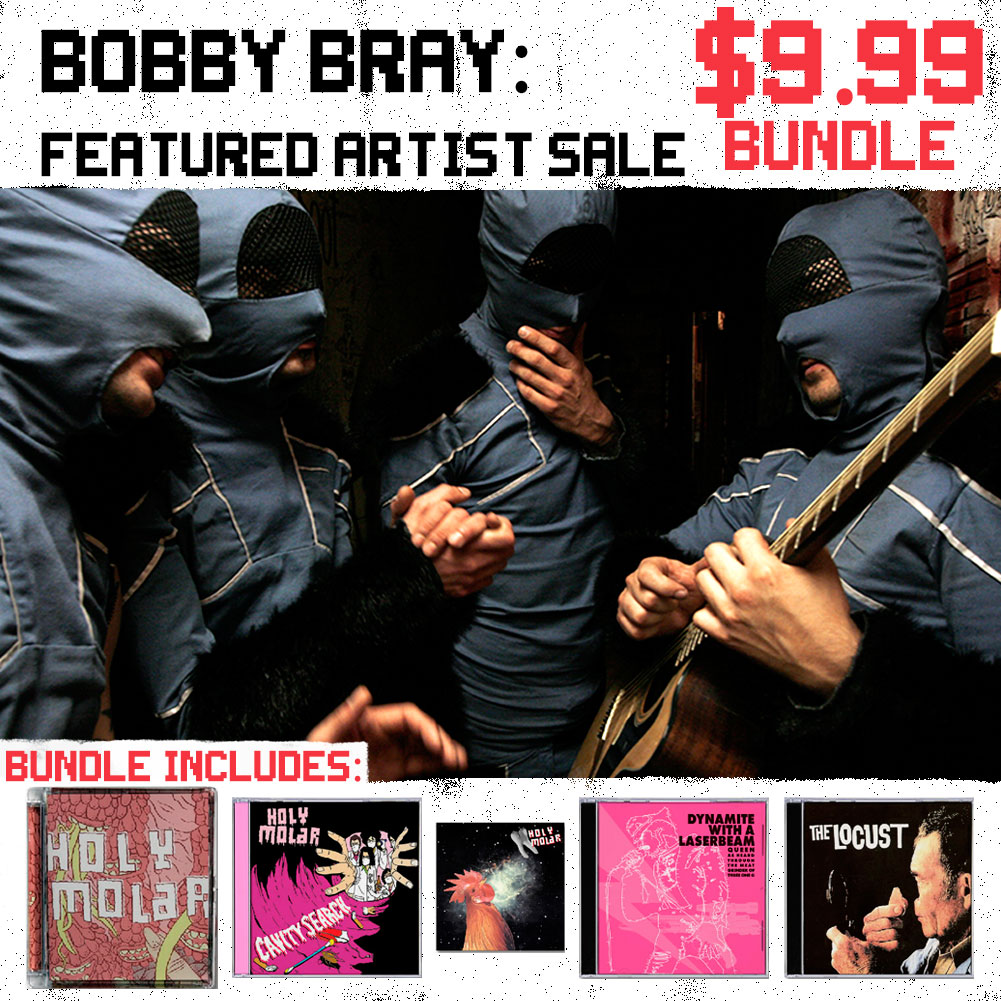 Bobby Bray is a vocalist/guitarist native to San Diego, one of two members of The Locust who remained from the band’s inception in 1994 to present day, throughout the acclaim, the ire, and all the absurdity in between. Aside from establishing himself in a band named after apocalyptic insects, Bray has also played the role of maniacal dentist in Three One G’s Holy Molar, and currently continues to create uncompromisingly unconventional music in the form of INUS (The Institute for Navigating the Universal Self)- formerly known as Innerds. His musicianship is brilliant, meticulous, and stylistically distinct. Though potentially polarizing (his resume surely isn’t for everyone), you’d be hard-pressed to find anyone who would deny the skill and inventiveness of his creative output, which comes from a place of wild imagination and experimentation mixed with academic know-how and training. Always deeply thoughtful, it’s clear that Bray has and will continue to immerse himself in music- making it, teaching it, engineering it- because there is no other choice for him. This sort of all-encompassing mindset is what makes an artist rather than simply someone who has been a part of some great bands/projects.