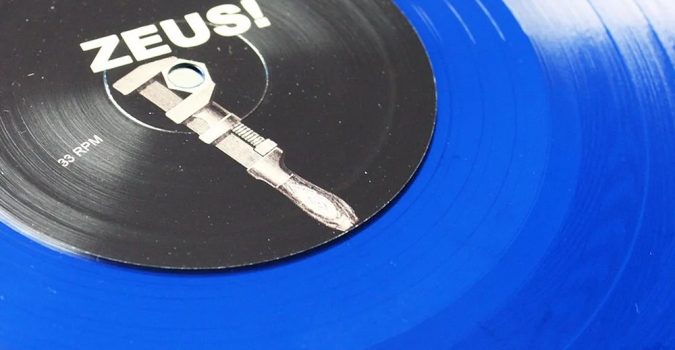 On this day in 2013, a true beast was born into the world. The Opera LP by ZEUS! is a heavyhitting motherfucker (that hits heavier than most motherfuckers), and does so with just two people (and a cameo from Justin Pearson of The Locust, Retox, Planet B, and Deaf Club on the second track, the perfectly-titled “Sick and Destroy.”)

Italian musicians Luca Cavina (bass, vocals) and Paolo Mongardi (drums) deliver some of the most brutal and precise music you will ever hear. It’s heavy as a mountain, nimble as a cat, and a beautiful thing to witness over headphones with the distorted bass grinding and the drums bent on pulverization.

Tracks like “Set Panzer to Rock” are annihilatingly heavy, relentless like a swarm of killer bees only the bees are actually killer elephants and the elephants fly into town and pollinate the SHIT of the things.

In the spirit of iconic shredding duos like Lightning Bolt, Warsawwasraw, Hella, and Orthrelm, ZEUS! is a creature of pure originality and innovation. Opera, eight years in, sounds like nothing else. It is a megalodon made of crystal knives shooting flames out of his ass and a dragon plated in solid goddamn platinum about to wipe out Laketown where Smaug once failed. Luca and Paolo and their record Opera are fantastic fucking beasts and this is where to find them.

–Adam Gnade, author of the Do-It-Yourself Guide to Fighting the Big Motherfuckin’ Sad and Float Me Away, Floodwaters