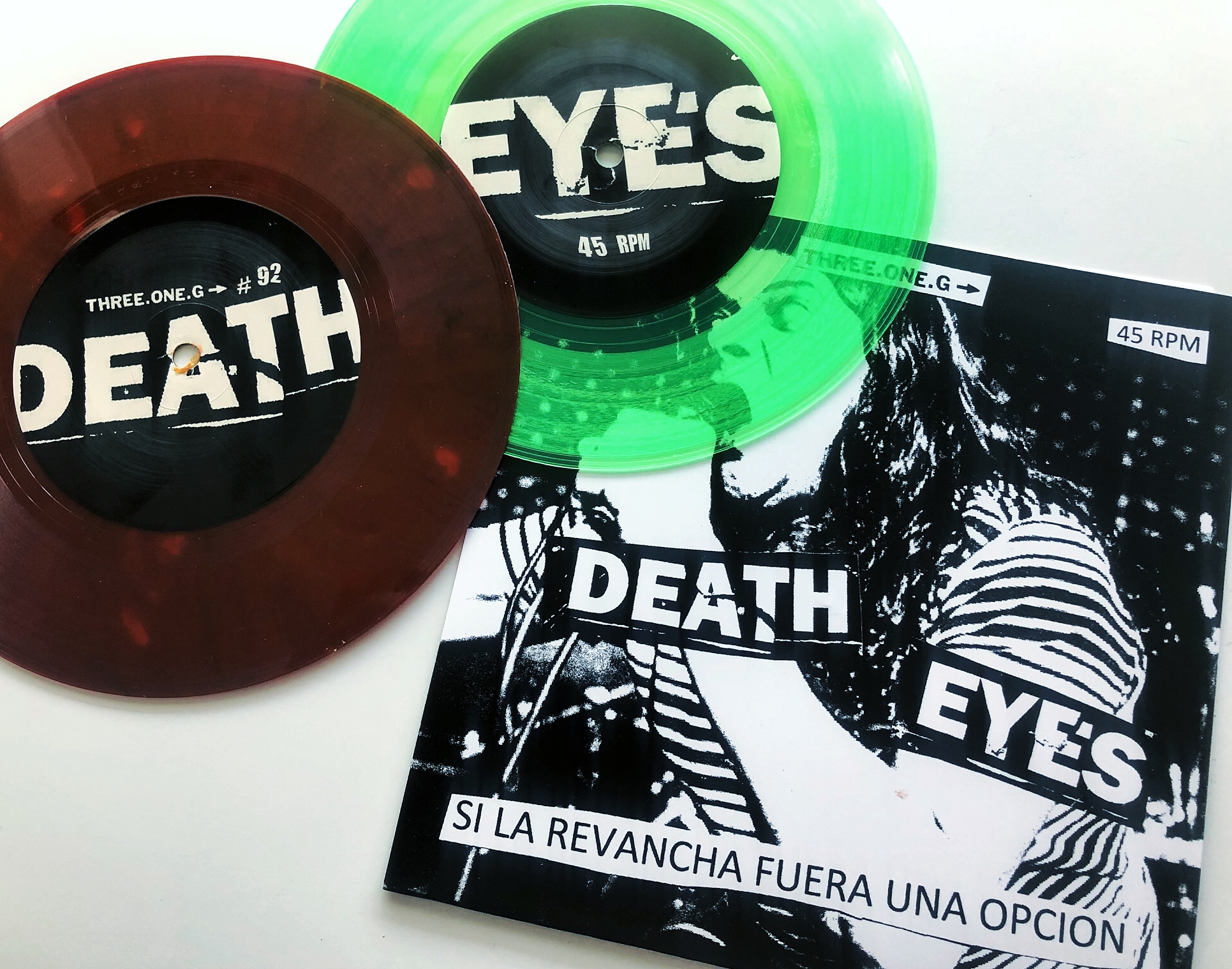 The best way to celebrate the life of an artist lost is to get into their work. If you haven’t listened to Death Eyes yet you truly should. This EP (released three years ago today) is a great place to start. The first song, “Life,” is 34-seconds of frantic, driving, pissed-off hardcore that stands up there with the legends of the genre. Up next is “NPI,” a menacing, heavy, stark anthem with one of Alberto’s trademark mid-song spoken interludes.

Track three, “The Lesser Evil,” is just under a minute of punishing riffs and classic West Coast hardcore snarl, with Alberto holding court so passionately you can see him pacing the stage, pointing at the audience, eyes bugged. “Larca” is up next, another sub-minute hardcore banger of violence and red-hot intensity.

The final song, the album’s title track, is an epic three minutes of Alberto’s take-no-shit-and/or-prisoners lyrical delivery, spoken in Spanish, over a head-nodding guitar riff that explodes intermittently, as Alberto dives from talking back into shout-singing. It’s a dark, powerful, poetic onslaught, and it is a thing to be remembered. Long live, Alberto Jurado. Long live, Death Eyes.

–Adam Gnade, author of the Three One G released books Locust House, This is the End of Something But It’s Not the End of You, and Float Me Away, Floodwaters.