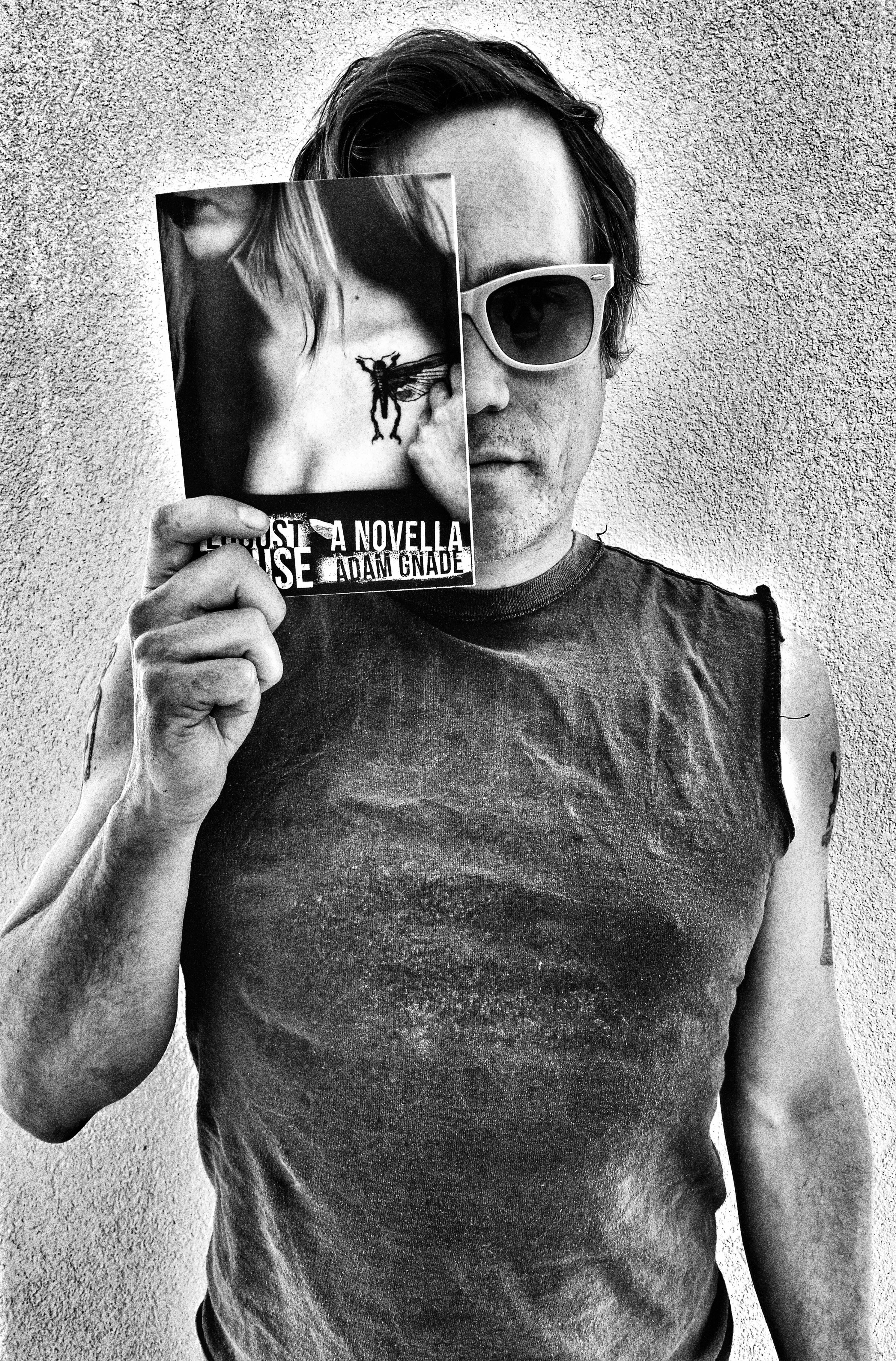 Adam Gnade’s LOCUST HOUSE out now via Three One G and Pioneers Press:

“Adam Gnade’s Locust House is a vast and eloquent document only he could tell. Full of life, loss, and a one of a kind ‘beyond’ that takes the reader through dimensions of humanity, sound and vision encapsulated in a tiny window of time never to be repeated again. A testament to Southern California’s ‘glory days’ of recklessness, abandon, and blistering underground music, Locust House burned in my hands until the end with fresh, unbridled joy.” Eric Wood of Bastard Noise

“Locust House makes me want to call up all of my teenage punk friends to ask if they ever still listen to those same CDs. Locust House confirms that I already know the answer. I feel nostalgic. I feel hopeful, I felt everything at once when I read the words, ‘I wasn’t cool but I was free.’” –Lucy K. Shaw, author of The Motion, co-editor of the Shabby Dollhouse Reader

“Locust House could only have been written by someone who lived firsthand the ethos of the San Diego punk movement, someone who sweated and bled in the house party basements. Adam Gnade writes with the kind of passion and empathy that most writers take decades to achieve. His writing is somehow both youthful and wise, funny and sad. He tells stories about San Diego with the kind of love and nuance that only a native could have. His writing will lift you up then punch you in the gut, and you’ll thank him for it.” –Bart Schaneman, author of Someplace Else