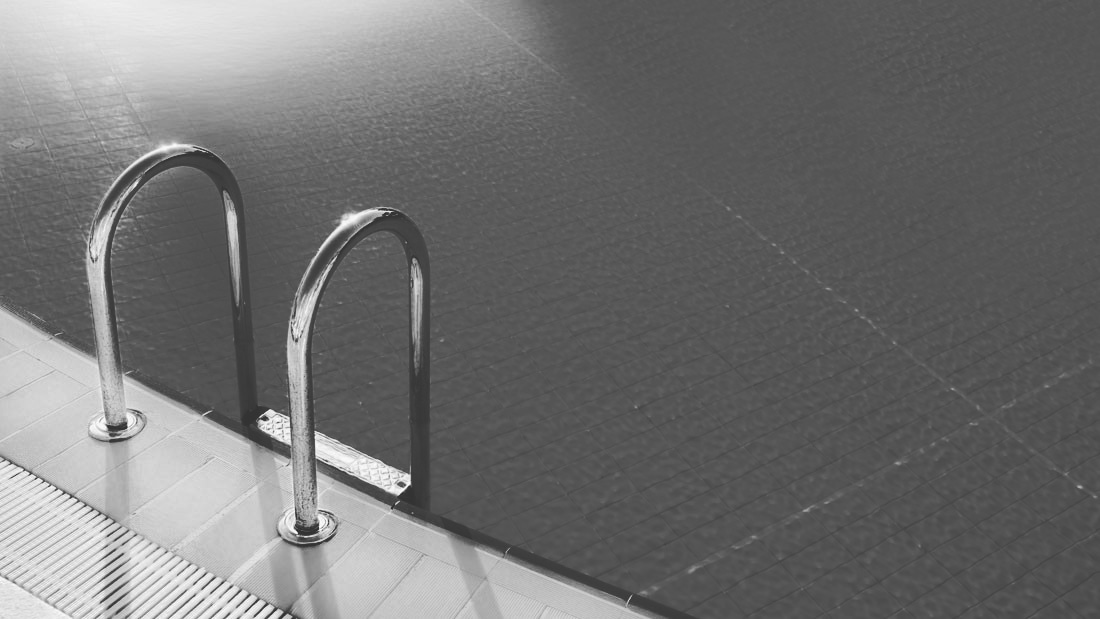 Our lives are made up of moments where you might’ve died. If you think about it too much it’ll overwhelm you. Or maybe not. Maybe you’ll feel lucky because through some narrow twist of fate you stepped aside when you might’ve stood still. You got on the right bus instead of the one that went off the bridge. You left the grocery store minutes before the man walked in with the gun. All those near misses stacking up to the sky like a pile of plates. The story you’re about to read is one of those—a single instance in a list of countless times death was evaded, most of which we never notice, the invisible threads passing around us or blown clear by the breeze, and we walk free, alive. Sometimes you notice. Or you can’t help but notice. There’s evidence. Maybe a news story. Maybe a line of bodies under light blue hotel towels.

Upon descent into Honduras as a teenager I see jungle below our plane and a long, thin strip of black runway cut through the middle of the trees. On either side of the runway, anti-aircraft guns like ships’ cannons point up at us, two parallel lines of them, and many dozens in number, a bristling gauntlet. We have been redirected to Honduras because a plane has crashed into the tarmac at our destination, San Jose, the capital city of Costa Rica. Until it’s safe to land, we’re grounded. I’m 15. I think. That part I don’t remember. Memory is funny. You remember the smallest things, like a molding orange in a cardboard box, but not the year, the age you were, even during a time in your life when the difference of a year or two means so much.

Stepping off the plane into the dense, humid air, I am stopped along with my parents by a man in military uniform with a dramatic mustache and mirrored aviator sunglasses who takes our passports and drops them in a large cardboard box at his feet. (In the box is a Ziplock bag with two clips of ammo for a pistol, a few loose bullets, and an orange beginning to mold.)

Passports surrendered, we are ordered onto a series of military transport trucks. For three hours we sit sweating in the parking lot before we are driven through the jungle to a hotel with soldiers guarding the perimeter and valets in tuxedos with white gloves parking limousines and beautiful Italian sports cars from many decades ago.

There are parrots in cages in the lobby and beyond the lobby is an indoor pool under a great canopy of glass and steel like an aviary above the water.

The plan is to swim in the pool and wash off the hours of sweat and road grime then eat at the hotel’s restaurant.

After checking in and showering, the plan is changed to eat first then swim.

At the restaurant surrounded by couples drinking champagne and small groups in evening attire and military dress, the waiter brings our menus then stands silently while we look at them.

My mother asks the waiter for any fish he would recommend, and I order a banana split. I don’t want fish because my parents are in the seafood business and I’ve had enough fish.

When my banana split comes it’s two bananas sliced longways, scoops of vanilla, chocolate, and lychee ice cream, hot fudge, whipped cream, slivered almonds, and a few luxardo cherries. The ice cream is far less sweet than American ice cream, in a way that allows the three distinct flavors a chance to stand out above the sugar. The hot fudge has some sort of chili in it. Rich, spicy chili, like the kind you get in a Mexican cocoa.

I eat slow because of course you don’t eat ice cream fast and because the banana split is the best I’ve had and I want to enjoy the moment.

Thanks to that our lives are saved.

Or perhaps we would’ve survived.

Or maybe one of us would’ve been killed.

When we get to the pool after dinner, the gates are locked and a group of soldiers, police, and paramedics stand talking next to three bodies, a girl and two men, the girl and one of the men in swimsuits, the second man wearing jeans. Their chests and faces are covered in light blue hotel towels.

We learn later, from the Tico Times newspaper in San Jose, that one of the pool’s circular, porthole-style underwater lights shorted out, causing a massive electrical shock.

As luck would have it, only two swimmers were in the water at the time—a teenage girl from San Jose (her name I’ve forgotten, but I learned later she was a rising Costa Rican popstar) and a high-ranking Honduran army officer.

When the girl and the officer began to “convulse violently, grotesquely in the churning, electrically-charged water” (as wrote the reporter for the Tico Times), a man from Texas, a tourist we later learned was CIA, ran to the poolside, shouted, “Hey, they’re drowning!” to the pool’s lifeguard who had yet to take action, then jumped in to save them.

They died in a matter of seconds.

Burned alive in the water.

The next morning, we awake to learn that the group from our flight to San Jose left on an army transport a few hours earlier.

Still without our passports, we hail a taxi at the hotel gate and ask to be taken to the airport.

As we drive through heavy, lush, dark green jungle, I think of the people under those blue hotel towels, and I’m still thinking of them as we slow to a stop for a troop of howler monkeys crossing the road, hunched, some with babies clutched in the crook of an arm like a doll.

The monkeys glare at us as they walk, their eyes fierce and wary.

The driver looks at us in the rearview mirror and says something in Spanish then laughs at his joke until he begins to cough. When he’s done coughing he laughs again but this time it trails off to some quiet phrase or line he repeats over and over again to himself.

After the monkeys slip back into the jungle, we drive a few minutes longer then take a left onto a dirt road.

As the taxi struggles over the ruts and potholes, we ride along in near darkness, the canopy of trees thick above us like a tunnel through solid earth.

“This isn’t the way to the airport,” says my mother, quietly.

“Maybe he’s got a shortcut,” my dad replies.

“Uh, excuse me, sir, please,” my mother says to the driver in halting Spanish, “This isn’t the way to the airport.”

“Is okay, is okay,” the driver says as we pull up to a small shack in a clearing surrounded by banana trees.

A brown and white goat eats grass, tied in front of the house to the post of a clothesline, the line sagging to the red earth, draped in colorful wet laundry.

A chicken pecks around the feet of the goat and a small white cat sits watching us from under the shade of a banana tree, then stands, stretching its back in a horseshoe shape before stepping slowly into the jungle.

“Where have you taken us!” my father demands.

My mother shushes him then translates politely, and the man looks back and holds his hands up next to his face as if surrendering then laughs and gets out of the car, slamming the door, walking quickly toward the shack.

As he walks, he lifts an arm, waving at us, playfully.

A girl only a few years older than me and heavily pregnant pulls aside a white bedsheet that serves as the front door, and gives the driver something the size of a potato wrapped in tinfoil.

“What the fuck is that?” says my dad. It’s the first in my life I’ve heard him use the word.

This time my mother does not shush him.

The man jogs back to the car, pulls the driver’s door open, and drops himself into his seat.

He looks back at us, smiling. “Is my lunch. Lo siento. Is no problem.” He opens the tinfoil to reveal a sandwich on a small tan loaf. “Is jamon. Ham.”

We pull away from the shack and drive out through the tunnel of jungle.

It’s silent in the car.

My parents say nothing.

I stare out the window.

A few minutes back on the main road and the airport is in sight, gray and modern, rising in our view like some alien city, the dark jungle all around.