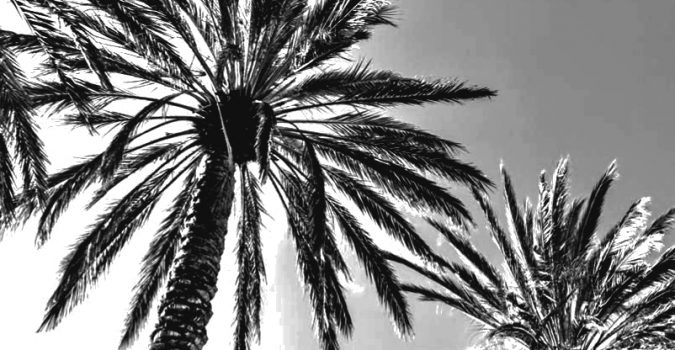 Sometimes you forget people entirely. Maybe that’s self-preservative. We can only hold so much at once. Fill a bucket beyond capacity and no matter how big it is it will eventually overflow. But then sometimes they come back. They rise up in your memory from the blackness like a corpse surfacing in a dark pond, only they’re very much alive. They’re alive and you remember their face, the brand of cigarettes they smoked, their favorite record or ice cream flavor or what they ordered at El Cotixan at 4am after an endless night when you ran so hard toward dawn, burning for something good (but neither reached nor found what you wanted).

Lil’ Cassidy Nguyen came back to me today after a lifetime away. I heard from a friend years ago that she changed her first and last name, and I don’t know either, so I couldn’t tell you whether she’s alive or dead, but she sure as anything arrived in the flesh—the sound of her hoarse frog voice from smoking so many Marlboro Reds, standing at the counter at El Cotixan saying, “Gimme a chile relleno burrito with a quesadilla on the side. Large drink, side of chips.”

She arrived and with her came the coconut incense and cheap weed smell of her apartment in Golden Hill on nights when we were very young and spent all our time together looking at fashion magazines and listening to Lou Reed’s Transformer on cassette and talking ceaseless shit about everyone we knew, especially the ones we liked or loved.

Lil’ Cassidy was dating a girl we worked with called Sara Rodriguez at the time then suddenly she wasn’t, after a weird night dropping acid at Mars and the realization that everything in her life was utterly false and needed rearrangement.

Cass shaved her head every few weeks but kept her bootgirl sideburns long. She wore the same tight black leather jacket, black jeans, white t-shirt, and white Converse because she wanted to be “the hotter Vietnamese-American Lou Reed” (or whatever it was she called it).

Her dream was to open a florist shop. She loved sheet cake from the Ralph’s bakery, whippits she bought religiously at a sex shop in North Park, bubblegum ice cream, and the business section of the Union-Tribune.

Lil’ Cassidy’s catchphrase was “Is it weird” followed by something about her she thought might be weird.

“Is it weird that I always dream I’m bragging about money?”

“Is it weird that I think Minnie Mouse is kinda hot?”

“Is it weird that spaghetti creeps me out?”

“Is it weird that I want to kill the San Diego Chicken?”

“Is it weird that I’ve never eaten anything blue?”

Lil’ Cassidy’s mom had passed recently, and Cass was doing a lot of cocaine and crystal to cope with the grief. Smoking it, shooting up. I was the square kid who only drank, but she never made me feel uncool. She TOLD me I was uncool, and she did so constantly, but when she was mean to me I knew she truly cared. Some people are that way and often they’re your fiercest friends.

Driving down Broadway toward Pokez or walking around Hillcrest or sitting in the woods outside the Che, Lil’ Cassidy told me I was too fat or too skinny or ugly like a dog and that people like me never fall in love or people like me fall in love too often, but we’re so hideous no one will ever return our feelings. She told me I looked like a disgusting seagull someone had just punched in the face and that she hated me because I dressed terribly or too well or ate too fast or too slow, that I had bad taste in haircuts, music, and shoes, and had a voice like a cat barfing up a hairball or losing its mind. I told her these kinds of things too. That was how we were, and I have never been that way with anyone since.

When Lil’ Cassidy was cruel and judgmental there was no doubt that she loved you, and she only told you how she felt on the rare nights she had too much to drink (then apologized later, after which she’d tell you the girl jeans you wore made you look like a stupid, weird mannequin.)

That was a long time ago.

Longer than I’d care to admit.

The sun is setting over the woods and fields to the west here on the farm. It’s a warm, quiet evening after a painfully hot day. San Diego feels (and is) very far away tonight but Lil’ Cassidy? She’s right here.