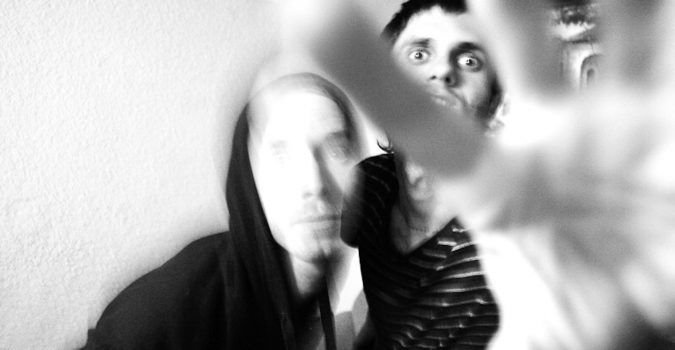 Side one of Leg Lifters’ Radical Humiliation 7″ (which came out seven years ago today) is a piano ballad done Three One G style, which of course means it sounds nothing like any other piano ballad in history. It’s slow and there’s some sort of piano, but there’s also Justin Pearson’s abrasive, grating vocals, a rasp of shrieking feedback, and weird industrial percussion like a vampire dance party and/or orgy in the center of the Earth. Is a piano ballad still a piano ballad when it’s not a piano ballad? Who cares. This song is cool as hell and it sounds like nothing I’ve ever heard. Compartmentalize something else, Troy. This track doesn’t need it. “Radical Humiliation” stands on its own eight spider feet and confronts the ragged landscape like an absolute motherfucker.

Side B, “Sunday Mourning,” features Cattle Decapitation’s Travis Ryan along with Leg Lifters collective mainstays Nathan Joyner and JP. It’s a tribute to Lou Reed, and was tracked the day the freak icon left the Earth. While it incorporates lyrics from the Velvets’ hazy, warm, lush (and very stoned) “Sunday Morning,” it sounds nothing like the classic track that opened the band’s debut album.

“Sunday Mourning” is four minutes of pummeling, blown-out percussion and Travis Ryan’s Nazgûl witch king vocals while a menacing wall of sound rises up like a dirty-ass sea of barf–higher, grittier, uglier until halfway in it cuts out altogether and comes back with a weird synth noise like a fly panning across your headphone speakers, looping through your brain and eating away at it until you see smells, taste colors, and piss out nail polish. “Sunday Mourning” is an absolute what-the-fuck of a song and if the artist who released Metal Machine Music in 1975 to a bewildered audience on a fucking CLASSICAL MUSIC LABEL wouldn’t both GET and LOVE this bizarro cover I would be surprised as shit. Eulogy delivered, done properly, truly, and with the right spirit.

–Adam Gnade, author of This is the End of Something But It’s Not the End of You and Float Me Away, Floodwaters