Paper Mice’s the Funny Papers record, born into this world via Three One G eight years ago today, is a thing that must be appreciated over a decent set of headphones. Maybe it’s good we’re all in isolation because the Funny Papers isn’t a group activity. This is not passive listening hour. It DEMANDS your attention, VIES for it, and rewards you for your time.

These tiny, jolting, micro-compressed epics flit through 971,905,563 time signatures over the course of their barely-over-a-minute run-times. They’re half underground level Super Mario Bros soundtrack, half something you’re trying to catch in a dream that endlessly snakes out of your grasp, scurries up a wall just as you think you’ve got it, and generally slips by in a flash of light. You can’t anticipate this shit, and you don’t WANT to–half the enjoyment here is being along for the ride.

The 11 songs on this CD are what some people call math-rock, but why compartmentalize this stuff? Bass, guitars, and drums interlock around each other, stop entirely before popping up like a Whack-a-Mole game, then rip back in the opposite direction like a bunch of miniature racehorses. It’s wild, but it’s comfortable (without being complacent). Paper Mice knows what they’re doing on the Funny Papers. They are in their realm, confident in the most surreal of dungeons and casual while dealing with various and sundry dragons.

The lyrics are also funny as hell. That should not be underestimated. They’re weird, smart, playful, fucked-up, hyper-genius, and, like the music, they will always take you by surprise. Both musically and lyrically, the Funny Papers is like a mystery novel except the twists in the plot come every five seconds and the only murderer here is whomever turns the song off before it’s over and fuck those people anyway. This record should be heard in full, alone, and as loud as you can manage. No room for passives. –Adam Gnade 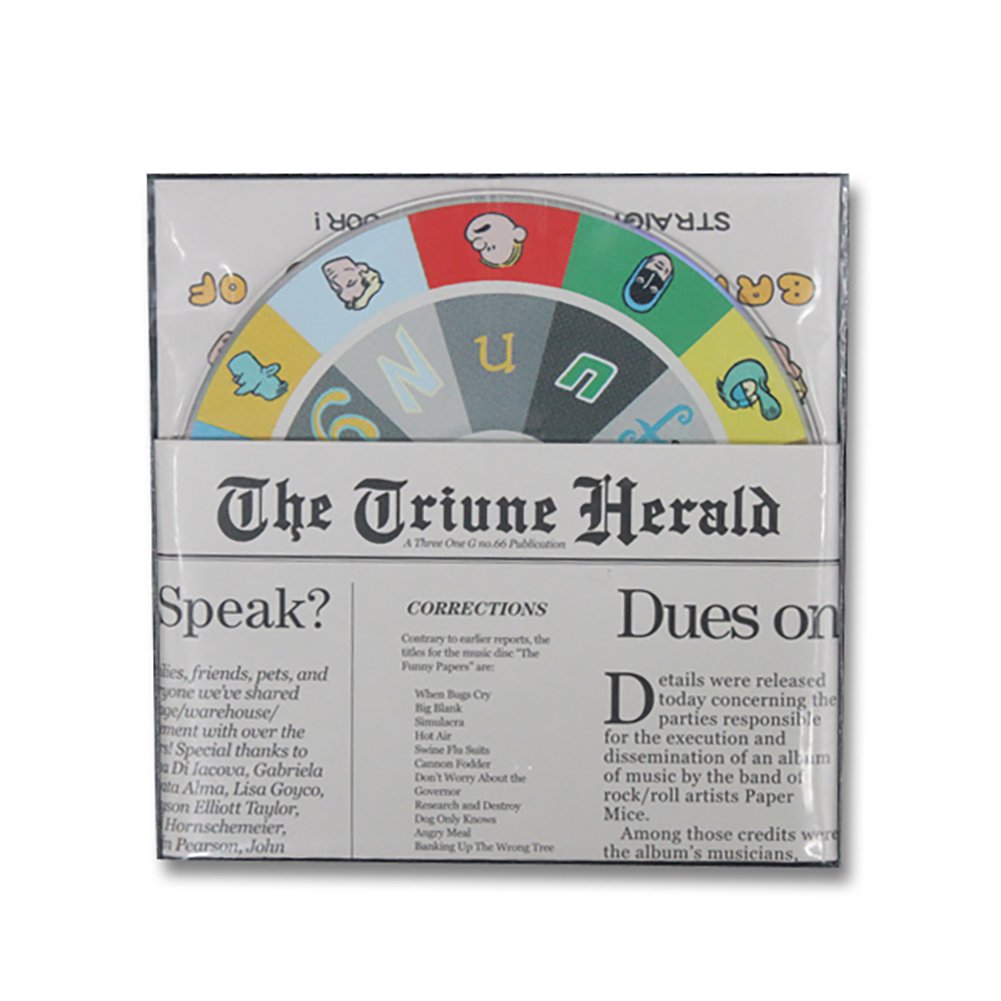