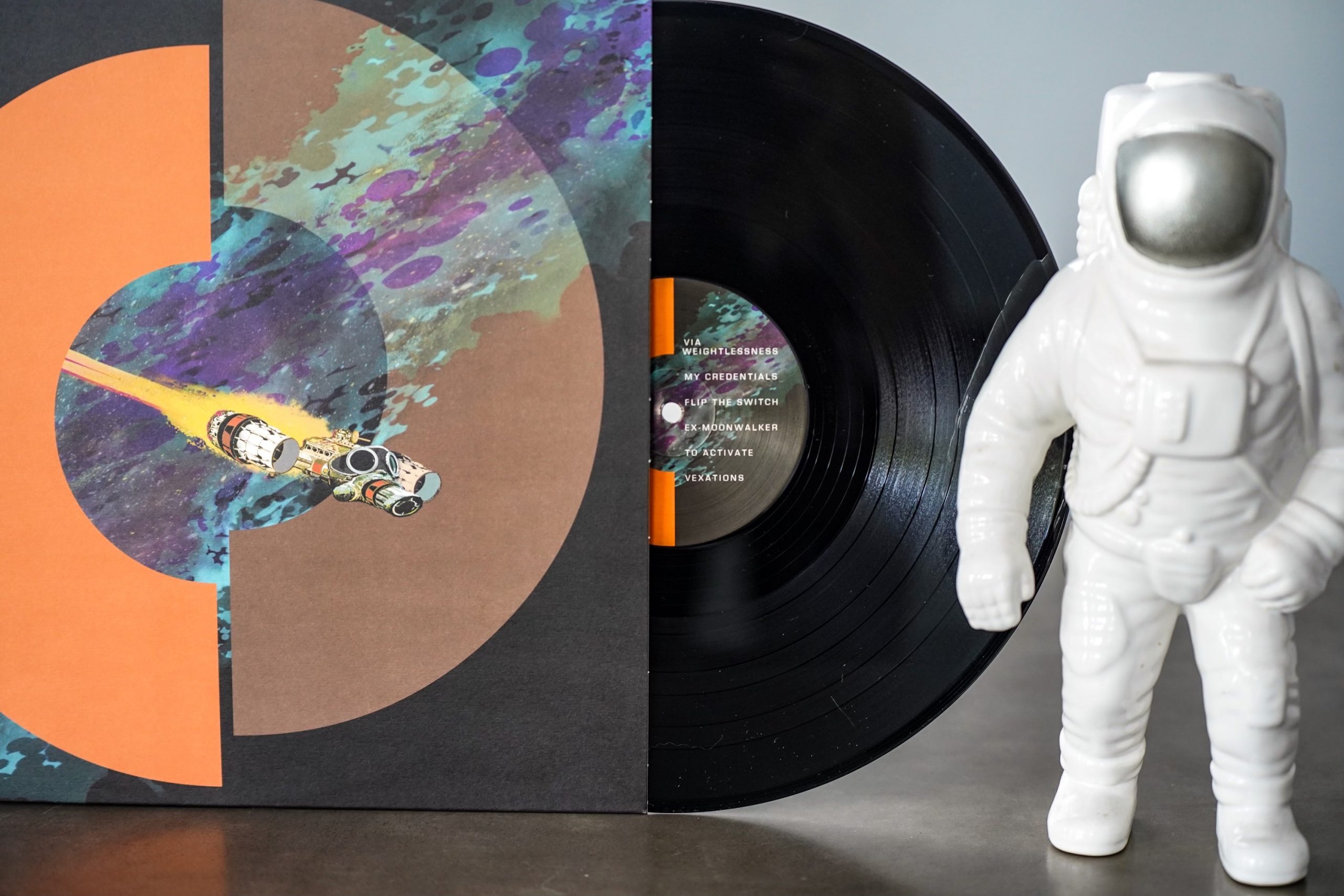 Microwaves is a reassuring thing in a world of unbecoming shit. What I mean by “unbecoming shit” is all the wild and endless onslaught we’re given every day that makes you think things like, “Man, people’s priorities are so fucked if they’re spending so much time with this flimsy, insubstantial garbage.” I see so many things every day that make me embarrassed for people. Embarrassed because of the worthless things and ideas and practices they hold so tight to. I’m judgmental as fuck even though I’d rather not be. Life’s too short to be judging all the time, right? But I can’t help it. Sometimes you have to be like, “Know what? FUCK this weak shit.”

Never over the course of Via Weightlessness do you think “Fuck this weak shit.” You will never be embarrassed for the guys in Microwaves by the choices they’ve made on this record. There is no pandering, no psychological tricks of capitalism, no settling for the softer road. Via Weightlessness, released three years ago today by Three One G, is heavy, fast-driving, harsh, and beautiful. This is some epic-ass no-wave glory. The band is from Pittsburgh, but I don’t know anything else from that city that is at all like this. If there’s a scene out in Pittsburg that sounds and feels like this, I want to be a part of it. Doubtful, though. This is a band that doesn’t suck up to anyone or chameleon itself in any way. No weak shit.