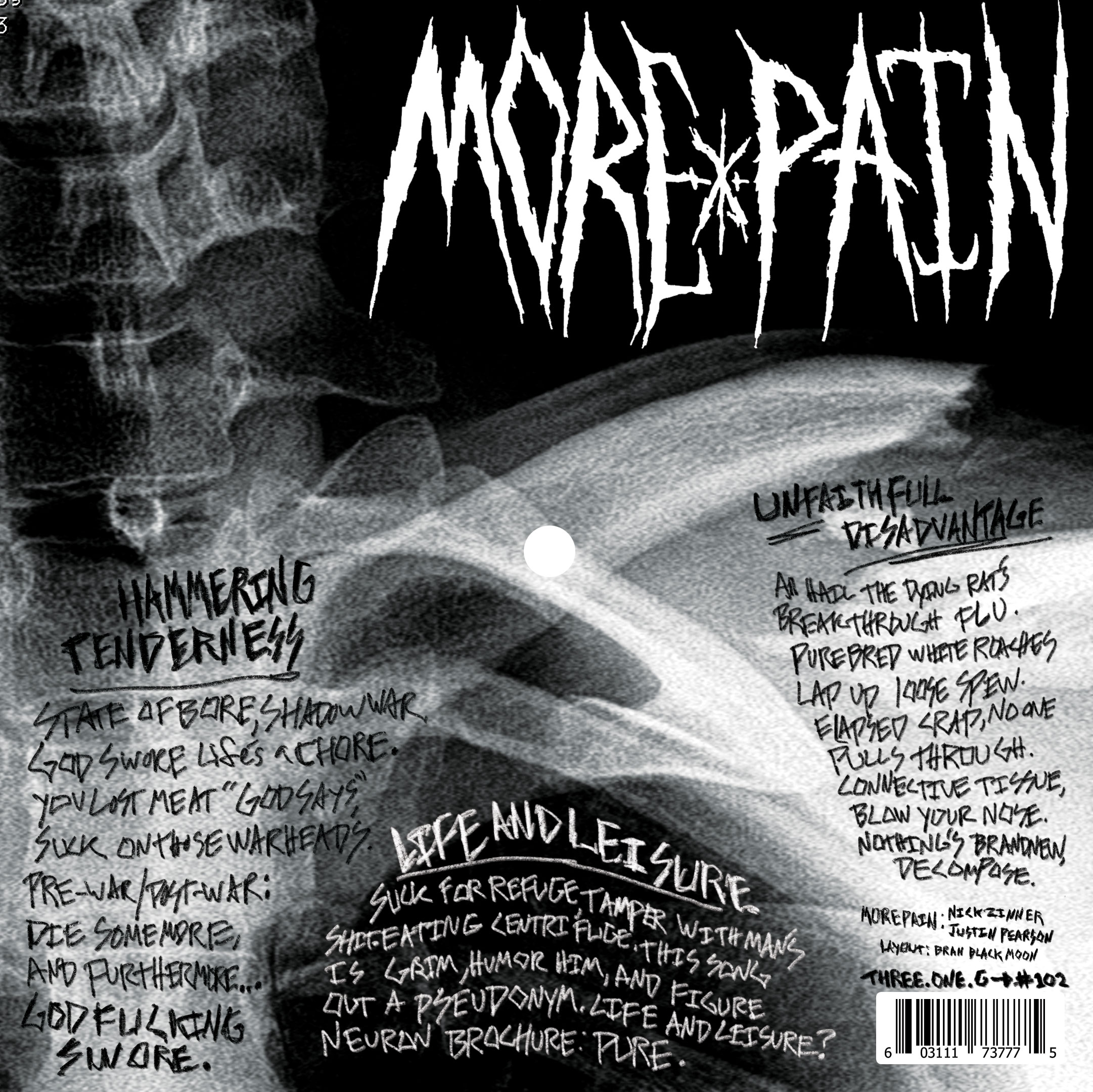 Some of the coolest shit is also the briefest lived. More Pain was a thing and then it wasn’t, like in the same furious, relentless speed-charge as its three-song EP. Or was it ever a thing? What differentiates a “band” from a “project”? What lives or happens or exists in the middle-ground between a one-off collaboration and a sustained entity?

Who fuckin’ CARES, man. What matters is what’s MADE and what was made by Nick Zinner (Yeah Yeah Yeahs, Head Wound City) and Justin Pearson (Deaf Club, also Head Wound City, The Locust, Dead Cross, Planet B) is a burning motorcycle crashing through a police station window. It’s a chainsaw dropped off a suspension bridge onto the shitty crown of your worst enemy’s head.

This thrash and squall is all frenetic blast beats and onslaughting slaughter guitar over vampire bat shriek. And look, seriously, it took longer for you to read all that stuff I just typed than it will to listen to the record, so go do that. The bombs might fall tomorrow, buddy. Don’t waste any more time. Do the cool shit today. 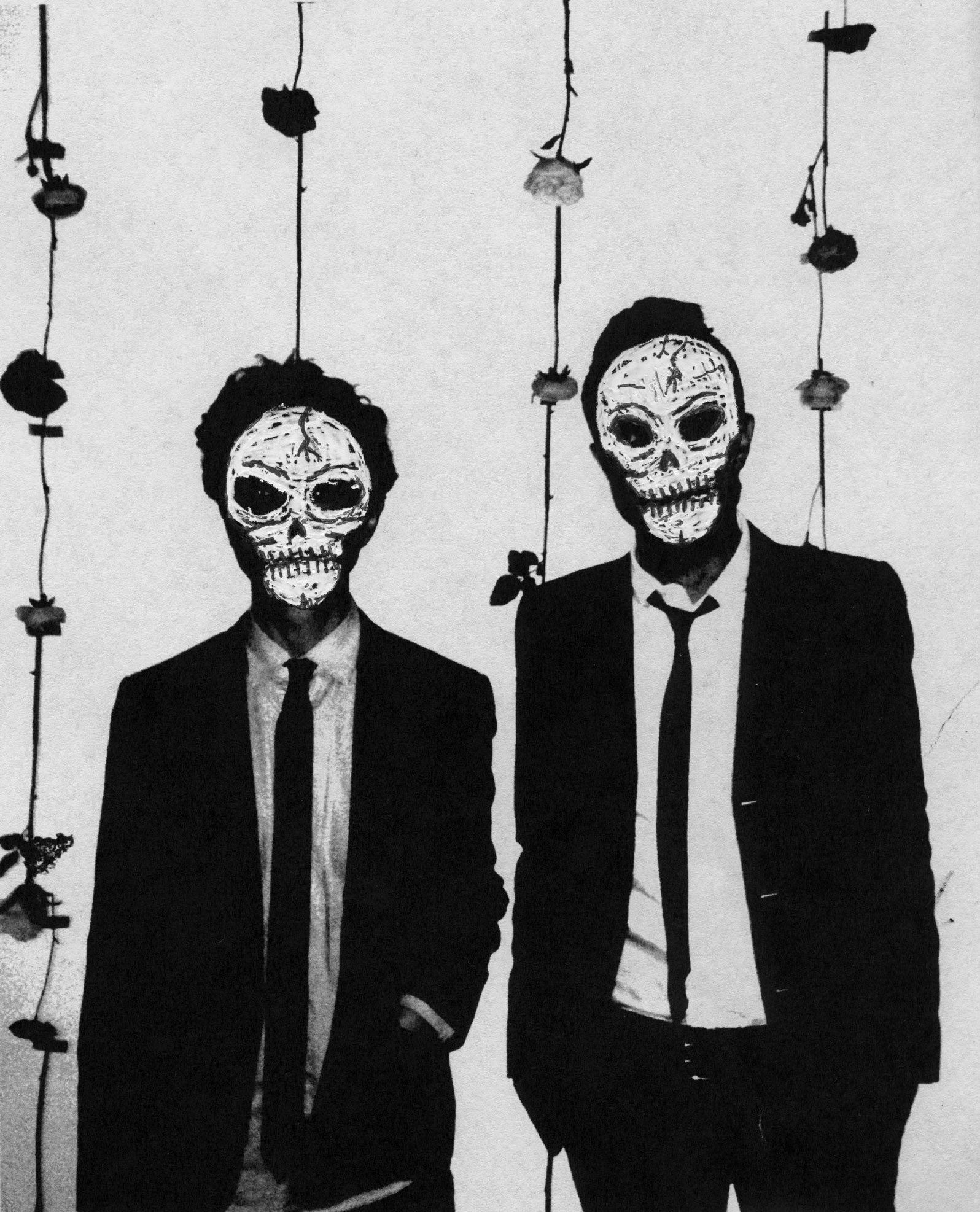