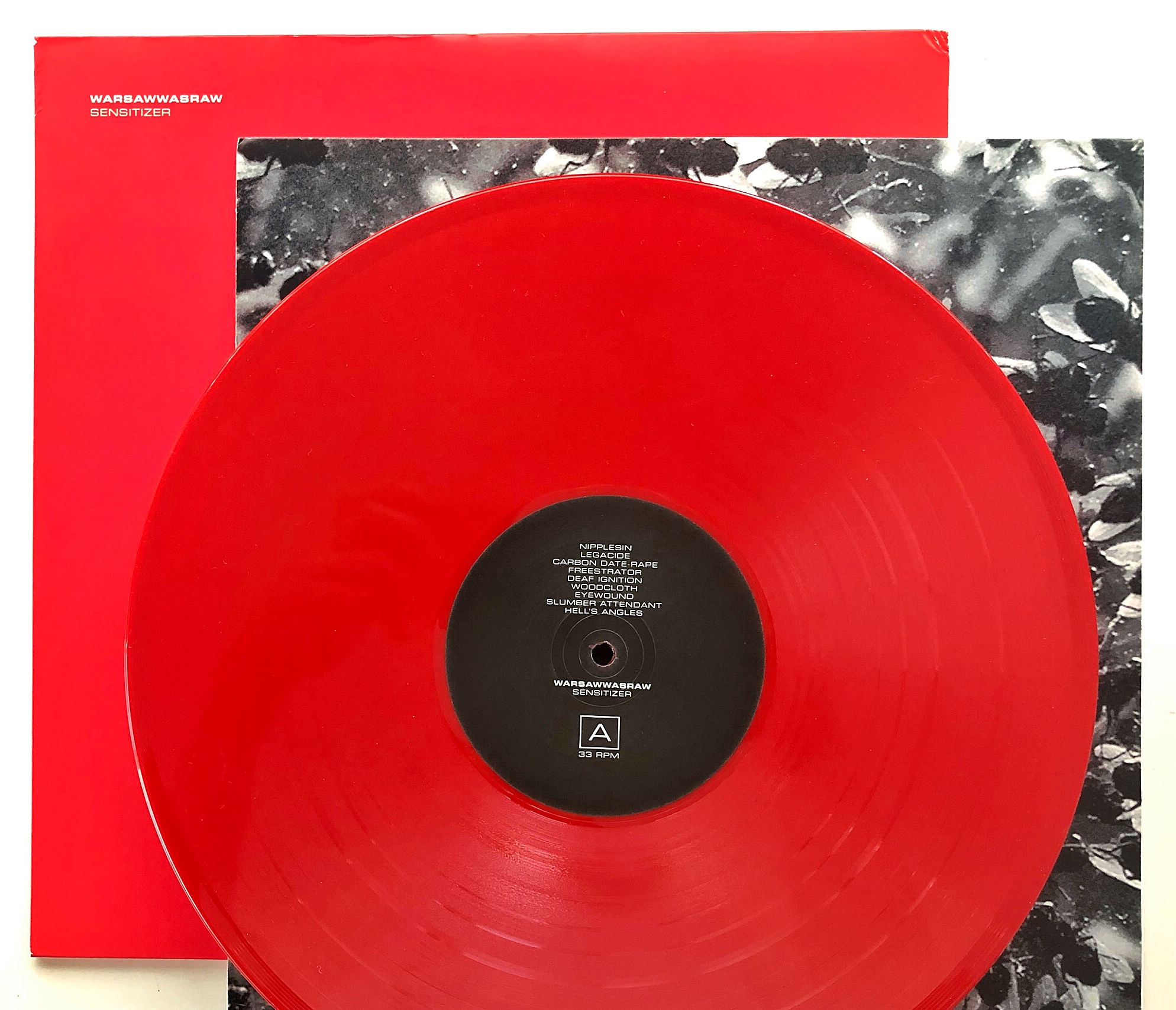 Some bands need 100 people to make shit happen. French avant-thrash brutalists Warsawwasraw only need each other. Aww, right? John Anthony Huss (vocals, guitars, drones) and Mathieu Pierre Luckas Bétard (drums, percussions, vocals) are like that 1981 smooth R&B hit “Just the Two of Us.” “Just the two of us/building castles way on high,” I think it goes. “Just the two of us/we can make it if we try.” Huss and Bétard give you more substance, ideas, and thick, rumbling, annihilating sound from two sets of hands, voices, and feet than most bands with a van full of people.

Warsawwasraw is a heavy, shrieking storm of precision, micro-condensed riffs, hectic blast beats, and weird experimental breakdowns that sound like noise symphonies over headphones. Senistizer’s 17 tracks are frantic, blistering hardcore that’s as innovative as it is emotionally visceral. There’s not a misstep here. It’s perfect—a perfect album. You should build a statue in its honor or a castle way on high.

Released seven years ago today, the band’s debut is not struggling to find its voice; it’s not a clumsy first act. These two delivered their debut as a fully-formed, realized beast. It does not fuck around. It does not stumble. It does what a beast does: stalk, growl, fight, kill, eat.