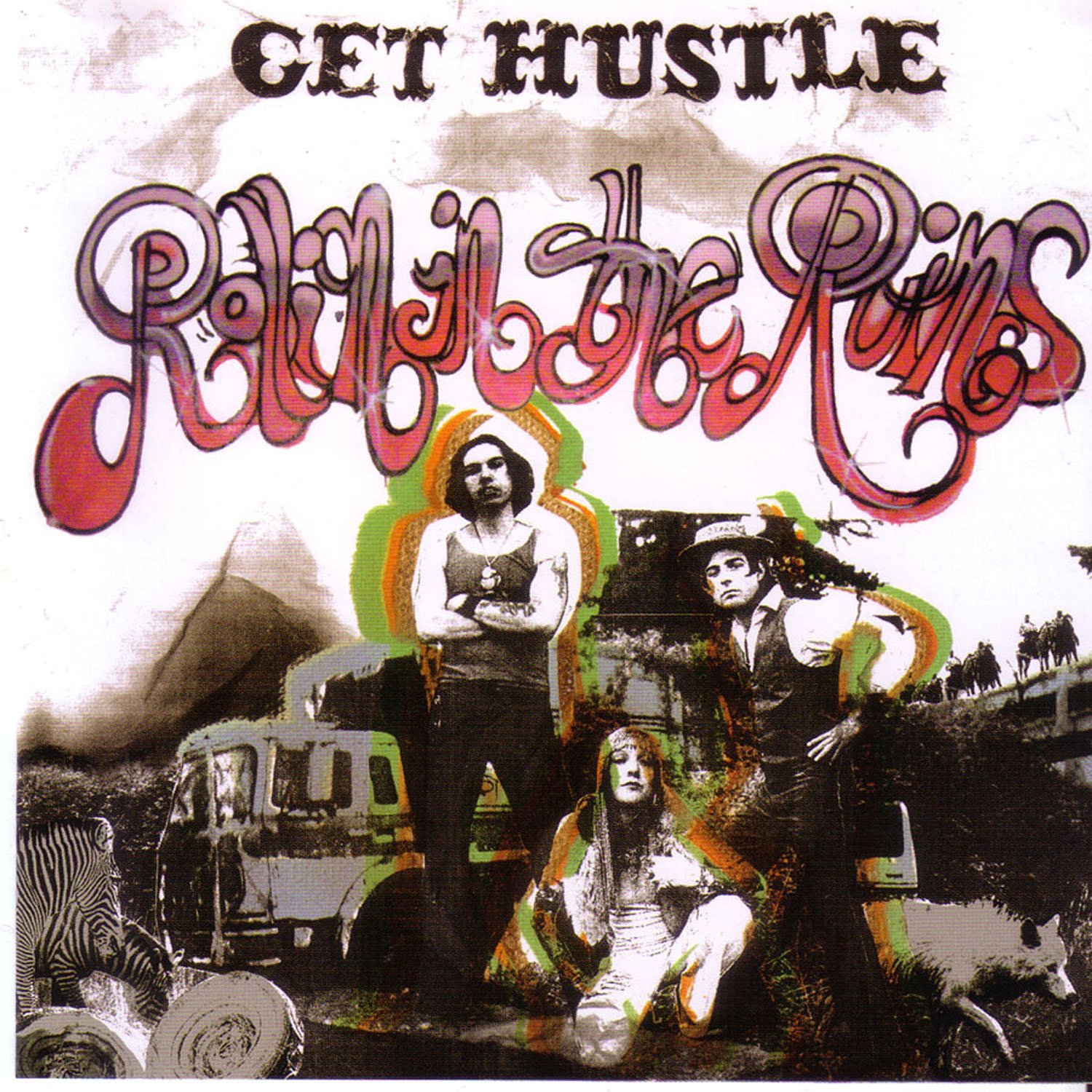 Records released in the wake of 9/11 come with a certain mark of feeling. It doesn’t matter whether the songs were written in response or even recorded after the attacks; the art we take in after trauma is often branded irrevocably by what went down.

Get Hustle’s Rollin’ in the Ruins (particularly “Black Stallion Medallion” and “Revolution Van”) reminds me both of the chaos of the months following September 11th and the wild, holy-shit-the-world-is-ending decadence that hit my particular social group. In the lead-up to 2001’s end, my friends were all hurting and/or fucking each other, drinking way too much red wine, crashing cars into things, doing stupid amounts of heroin, and living hard and fast in a way that didn’t work out great for everyone. Some we lost and grieve to this day. Some got through it just fine. Some are permanently fucked by the times.

Rollin’ in the Ruins is like free jazz without jazz, like a psycho kid sister to Antioch Arrow’s Gems of Masochism. Or maybe it’s like the Cramps’ monster rock ‘n’ roll but from some bejeweled dark dimension where everything is backwards, harsh, and undead. Happy 20th, you black stallions.

–Adam Gnade, author of the books Locust House and After Tonight, Everything Will Be Different