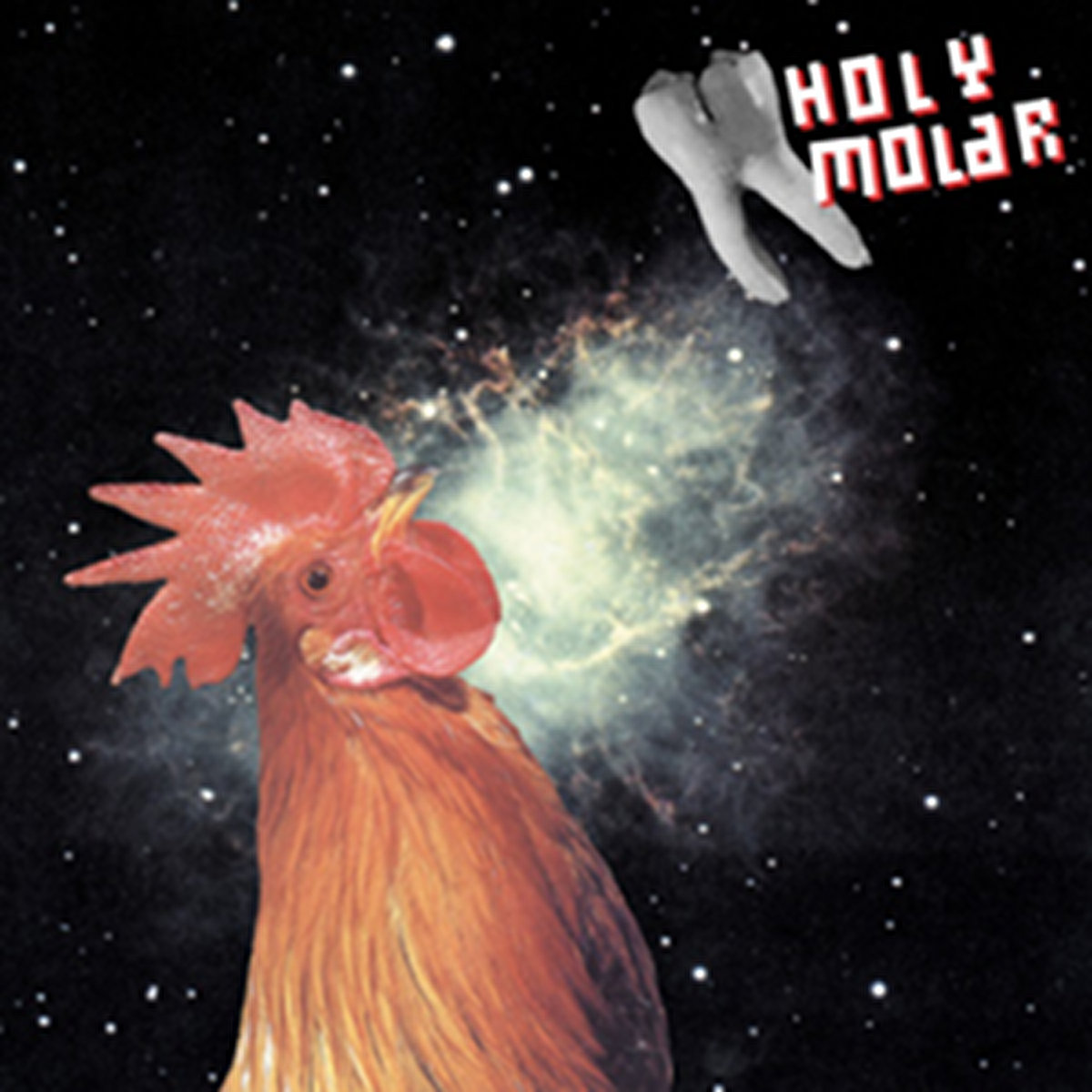 Holy Molar’s debut 7” was some ridiculous shit when it was released 21 years ago and it’s some ridiculous shit 21 years later. I remember sitting on the messy-ass floor of my apartment in Golden Hill listening to this when it first came out and: 1) having absolutely no idea what was happening and 2) fucking loving it and wanting it to go on forever. The record was completely insane, but the thing about spending enough time with weird art is it begins to take form, and now listening to this it feels like pop music to me. It’s catchy, intricate, contained, and has some really beautiful, interesting guitar, bass, and keyboard parts that are lost unless you play it loud as fuck on headphones. This is less punk than it is root canal speed-prog or a nightmare with horses attacking you or video game music for the world’s most banned video game that never existed. I’ve had some of these songs stuck in my head for more than two decades.

Holy Molar was three quarters of The Locust (Justin Pearson, Gabe Serbian, and Bobby Bray) along with Maxamillion Avila and Mark McCoy. You could make a circle graph of some of music’s weirdest and raddest, and in the shared space would be Holy Molar. Into that graph you could put stuff like Cattle Decapitation, Das Oath, Deaf Club, Head Wound City, Planet B, Swing Kids, Dead Cross, Get Hustle, Heroin, Some Girls, Crimson Curse, Final Conflict, Virgin Mega Whore, Antioch Arrow, and Charles Bronson. You could do that, but you shouldn’t. What matters most is how good this shit it. The work stands on its own. Get into it.

–Adam Gnade, author of Locust House and The Internet Newspaper