Six years ago today, METZ’ Eraser 7” came out via Three One G and seven unlucky years later it’s a nice thing to come back to and revisit the fury and harsh freedom of its two songs.

The title track, “Eraser,” is propulsive, dirty, squalling with feedback and distortion. It’s a thing that feels alive, vibrant, a mess but intentionally so, wild yet controlled. Six years can render any sort of art dated, especially six years as tumultuous as these have been. “Eraser” is not dated. This song feels just as necessary and original as it did on the 22nd of January, 2016, a world away from the one we’re living in, and so much still ahead.

Side B is “Pure Auto,” a song that served as a place for me to hide in during the shipwreck of 2016. “Pure Auto” is tense, lean, and chaotic in all the finest ways. As 2016 began to rack up its kill count en route to the shitstorm of the November elections, this was an anthem. Still is. Always will be.

–Adam Gnade, author of the Three One G released novel After Tonight, Everything Will Be Different 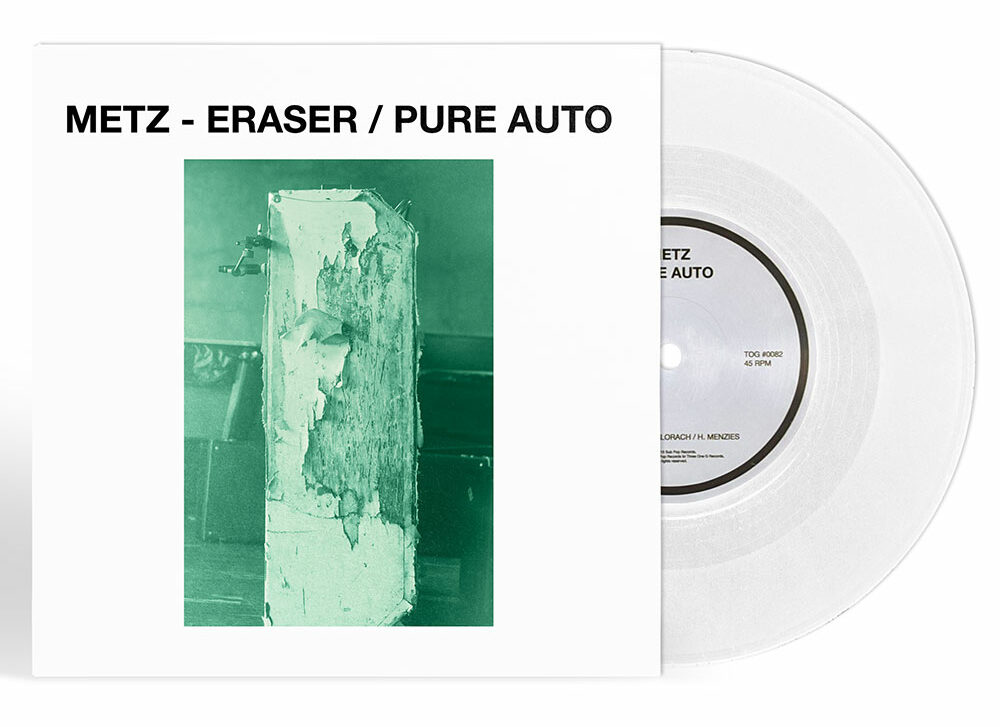