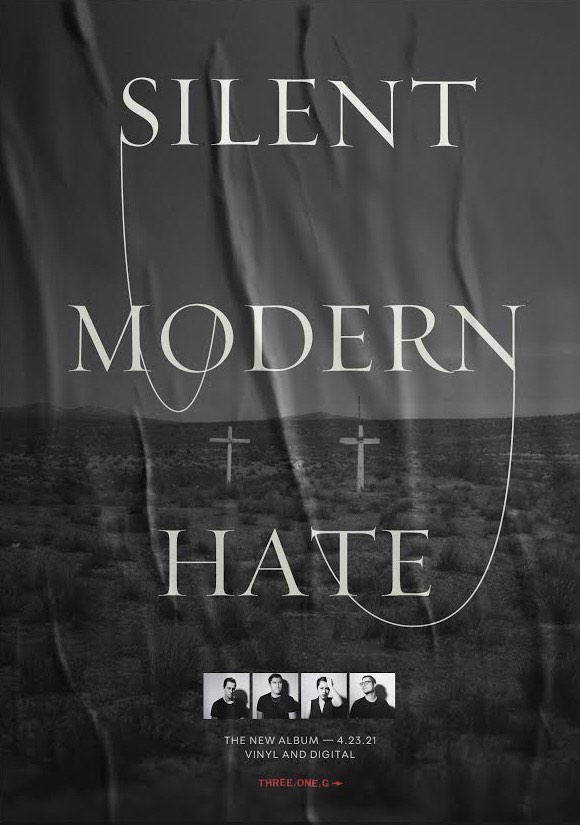 Released a year ago today, Silent’s second album on Three One G, Modern Hate, felt like a proper response to these shit-ass times. A year into the pandemic, more years of (still) living in Trump’s America (no matter who’s wearing the clown suit on the big white toilet-throne today), April 2021 fucking SUCKED. It was just a few months post-Insurrection. Racist, dickhead cops were still shooting Black folks. Gun nuts were still nutting on guns. The Far Right was still (is still) on the rise.

All that in mind, Modern Hate felt the way a lot of us felt—doomed but in the fight, dark as darkness gets, angry (SO angry), ready for something to give way—for the current foundation to crack in on itself like a thin, old floor and for all the predatory chumps to fall into the pit.

Silent is a child of Nick Cave by way of Mexicali, a child of Bauhaus (in a nastier, heavier way), but no one’s ripping anyone off here. Modern Hate is its own thing, a creature born of extreme shit days and exhausting turmoil, a righteous shriek in the shitstorm. It was (and still is) necessary as fuck.