Happy sweet sixteen to the Fast Forward/T Cells split. Think of the shit that has gone down in the last 16 years–endless war, the rise of social media and smart phones, the fall of CDs, streaming music, SPACEX, Black Lives Matter, Obama and Trump, a new racist cop killer in the headlines every week, COVID-19… the world of 2004 boasted a much different landscape than the one we’re currently navigating. What was 2004 all about? Iraq, Afghanistan, Bush 2 reelected, shitty electroclash bands, Reagan dead, Abu Ghraib, Nipplegate as “news,” Blackwater in Fallujah, the fucking Friends finale, the Indian Ocean tsunami, MySpace? Somehow this weird fucking bizzaro split record emerged out of 2004.

So how do these 10 songs hold up now that they’re old enough to drive? T Cells sounds like some lost Kraut-rock band you missed out on but completely destroys your concept of What’s Truly Good once you finally discover them. Synths and beats emerge from a sea of gurgling, oozing, darkwave noise. Vocals are hissed, chanted, whispered, buried beneath Devo goo. (The fact that this is Locust keyboard player Joey Karam makes sense when you listen to both bands back-to-back. As Locust side-projects go, this one is definitely hatched from the same space-egg.)

Fast Forward in contrast is more vigorous, blownout, aggressive, but the two bands make sense together. Even more so than them sharing band members, aesthetically Fast Forward seems like T Cells’ ’80s skatepunk dirtbag brother. Older brother? Younger brother? It’s hard to tell because both bands stay away from cliches and as a result feel timeless. In some strange, cooler dimension where Mark Mothersbaugh was president in the 1980s instead of Reagan and elementary schools offered classes on Moog instead of boring-ass “band” music, this would be radio pop. But maybe in a world without shitty Conservative politicians and terrible public education, something like Fast Forward wouldn’t NEED to exist. Regardless, it does exist–or did–and its industrial-weirdo-political-noise-punk feels just as relevant and important as it did 16 years ago. So, this is an endorsement: if you’re into the Locust, Wrangler Brutes, One Day as a Lion, and Le Shok, and you’re curious about their side-projects, you are immensely fucking up if you don’t give this one some of your time. 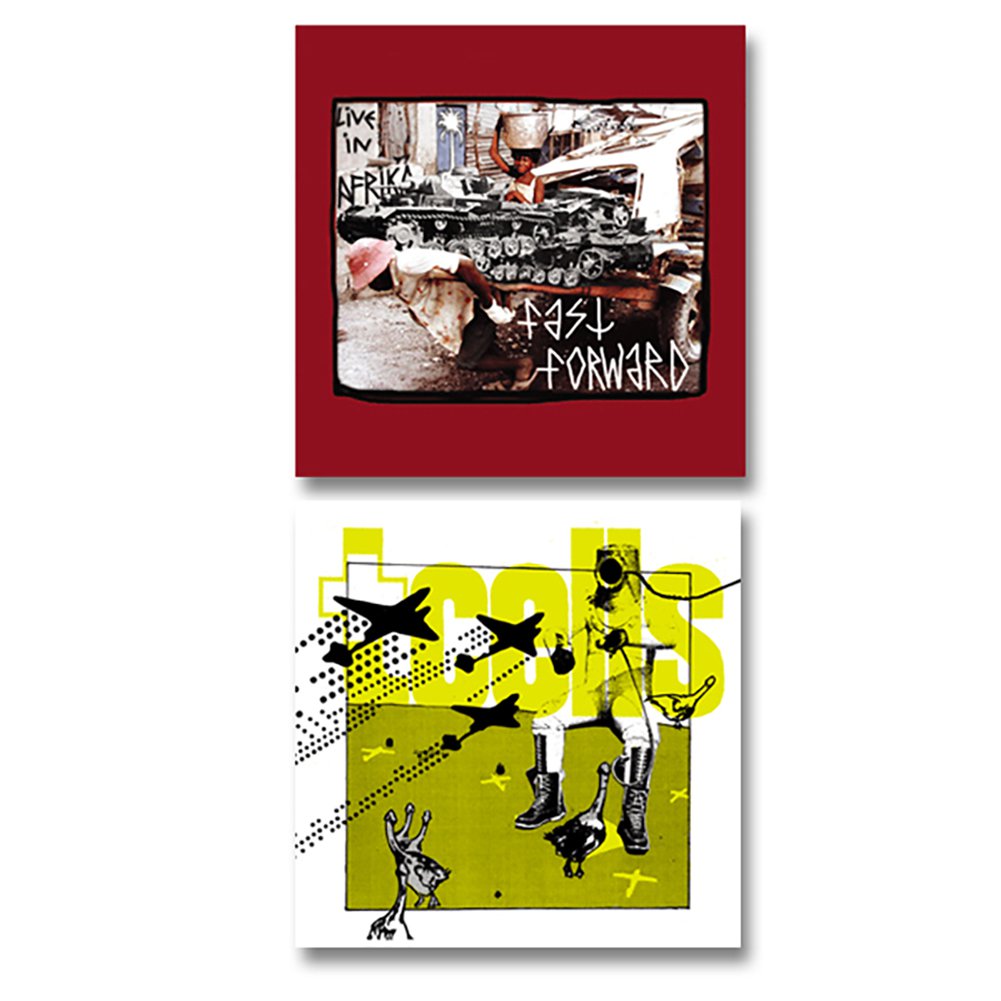