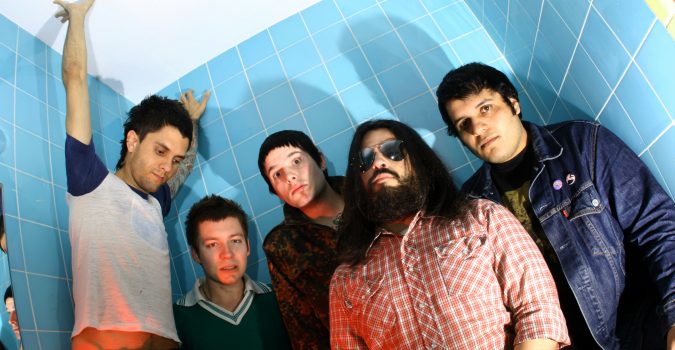 Some Girls began in early 2002 when singer Wes Eisbold (American Nightmare, Give Up The Ghost, Cold Cave) and guitarist Rob Moran (Unbroken, Narrows, Over My Dead Body) spoke of putting together a hardcore band that would “fuck people up.” The very next day, drummer and Two Miles Till Iocon studios owner Sal Gallegos (secret Fun Club) was called in to assist Eisbold and Moran with their mission and, within a few sweaty hours, the first Some Girls songs were born.

After being floored by the raw demos the trio had cooked up, Deathwish Inc. Records honchos Jacob Bannon (Converge) and Tre McCarthy offered to put out the band’s first 7-inch release and after some remixing and re-mastering, the record buying public had The Rains EP to sink their depraved little teeth into. With a record out and plans to bring the group’s fury to the stage, the time had come for Some Girls to get a bass player? Sorta. “The original idea was to get a different bass player for each show,” explains Gallegos. “We got into touch with Justin Pearson (The Locust, Retox, All Leather, Swing Kids) about playing our second show and after seeing that he had great ideas and was into what were doing, asked him to join.”

In the months that followed, Some Girls added a second guitar player (former Crimson Curse and current Tristeza member Christopher Sprague), recorded another EP (The Blues) that would later be collected with The Rains on the All My Friends Are Going Death compilation and embarked on a two successful (that is, if you consider, as Some Girls do, shows where the band members bleed, spit and trash their way into audiences consciousness a success) East and West Coast tours in 2004.

Shortly after the East Coast tour, Sprague parted ways with the band to concentrate on his work with Tristeza and was replaced by Plot To Blow Up The Eiffel Tower guitarist Chuck Rowell. Charged by Rowell’s contributions to the band’s evolving sound, the group entered the studio in August 2004 to record The DNA Will Have Its Say, a blistering seven track EP that hinted at the band’s future musical ambitions to create something that was at once brutal and innovative. And, if you care, Karen O from the Yeah Yeah Yeahs sang on the title track.

With Heaven’s Pregnant Teens, Some Girls continue to abuse ears and limbs and go for the jugular as they take their songs to greater levels of experimentation and disorientation. “Hardcore is just another form of music that has its own musical uniforms and cookie cutter structures. With this record, we wanted to depart from traditional chord changes and time signatures and create something that doesn’t fit into an easily consumable format” deadpans Rowell.

And with that, you have the most crucial facts on Some Girls. Add to that list that the group was NOT a side project, and that guitarist Rob Moran has left the group to move to Seattle and pursue other projects and was replaced by Nathan Joyner (of All Leather) in the Fall of 2005. Shortly after, the band decided to call it a day and move forward, letting dying dogs die. 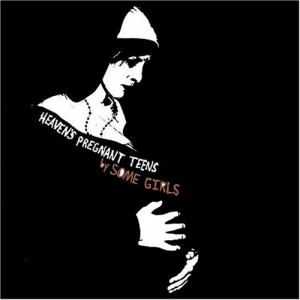 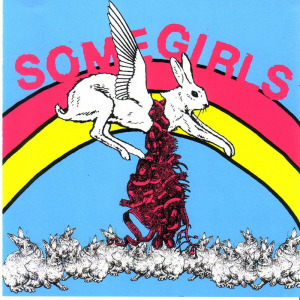 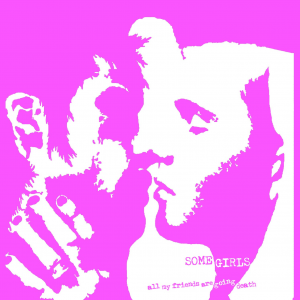