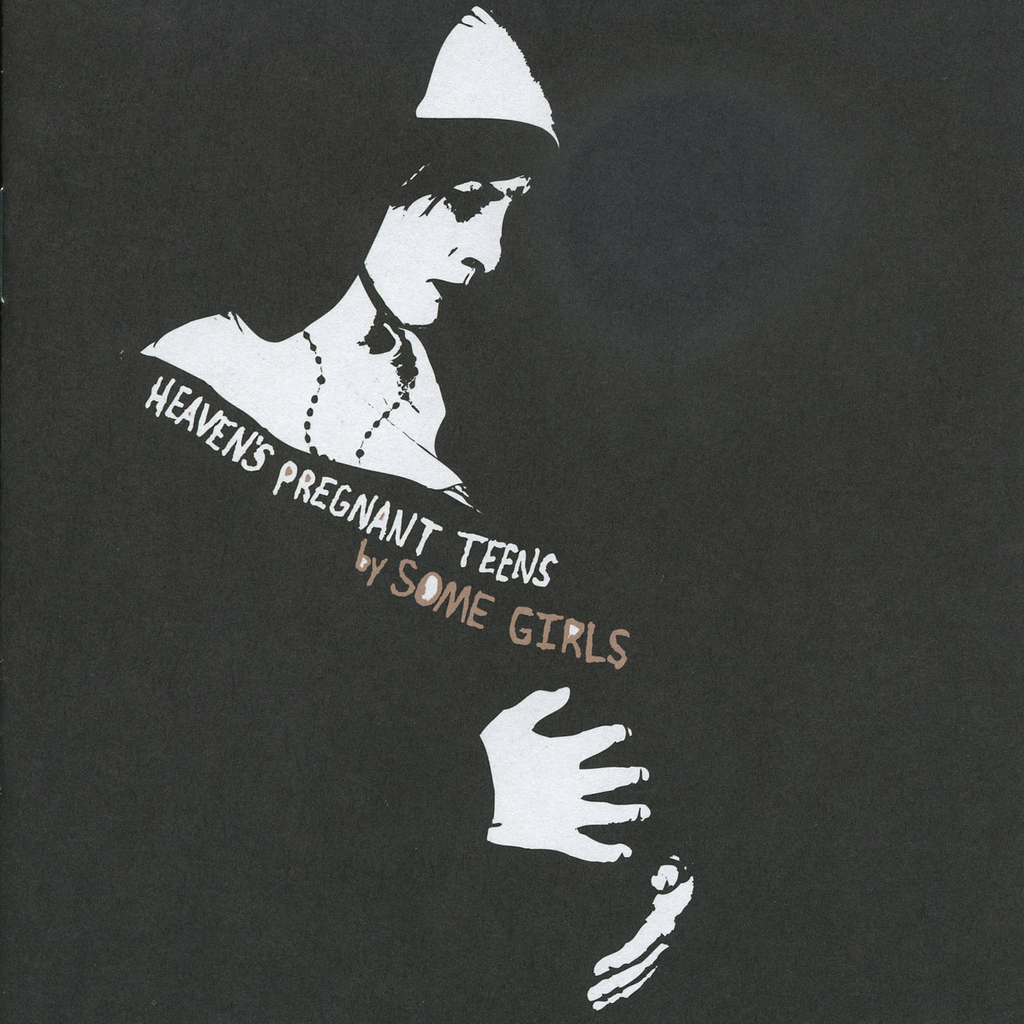 A List of Cool Shit About Some Girls’ Heaven’s Pregnant Teens LP, released 16 years ago today.

1) How progressive this shit felt in 2006. How progressive it feels now. It also felt exciting upon its release. If you were there, you knew the band was going places, or rather already had; they’d done this record and that was huge, that was “places” far as I’m concerned.

2) “Hot Piss” is a great song-title. This record has a lot of good ones. “Totally Pregnant Teens.” “Marry Mortuary.” “Skull’s Old Girlfriends.” Behold.

3) The riff that begins “Warm Milk” is nice and jagged, just fuckin’ piercing. Gives you faith in the guitar. The rest of the song is pure speed and annihilation. The audience in me stands up in the darkened theatre that’s also in me and yells “Bravo! Bravo!” and applauds wildly and we’re all wearing tuxes.

4) Don’t forget the record cover. Go look at it if you’ve got this one in your stacks. Try and top that, you fuckin’ babies.

5) The way the distortion and feedback of “Marry Mortuary” jumps straight into the snarling-dog bass intro of “Religion II” makes you want to smash your enemies’ skulls in with a medieval mace then dance in the great hall of the castle and eat a bunch of gross middle-ages food. The transition is beautiful, quick as fingers snapping.

6) “Religion II” goes so many different places it’s like prog, only it’s less than three minutes. The lyrics are fucked-up. Google that shit, my friend. Also, at like, 1:50something-I-dunno there’s a thing that sounds like a lion growling and it’s scary and good.